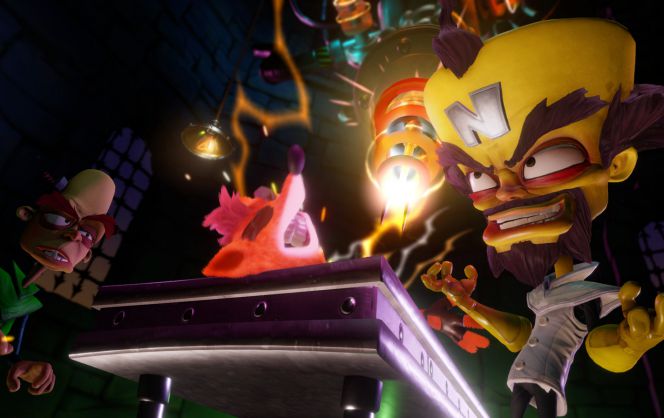 The remastered trilogy will launch in glorious HD for PlayStation 4 on June 30, Activision announced earlier today.

The remastered trilogy will feature updated animations, cinematics, a new soundtrack and more.

I honestly cannot wait for the trilogy to be in my hands and on my PlayStation 4 Pro.

Everyone’s favorite marsupial is in the process of getting enhanced, entranced, and ready to dance in HD graphical glory when he bursts back onto the scene in the Crash Bandicoot N. Sane Trilogy. But don’t worry, because the process isn’t that painful for him. Well, it’s not anything that a couple of wumpa fruits won’t fix.

We know Crash has plenty of fans out there, all eager for news about when he’s going to spin things up again. Your patience has paid off! Activision and the development team at Vicarious Visions have been hard at work updating this classic trilog, and they have some big news to share with you — as well as answes to some questions they’ve received from fans — so read on!