When Animal Crossing: New Horizons came out it took the world by storm, it was s great escape from the world at large especially when it came out weeks after WHO officially declared that we were in a global pandemic.

When it came out back in March 2020, I remember playing it for a week as a distraction while waiting for Persona 5: Royal to come out. I think I’m in the minority when I say Animal Crossing: New Horizons didn’t hook me as it did everyone else. With a year removed from the Nintendo game’s release, Seattle-based developer Spry Fox has released their spin on Animal Crossing. It’s called Cozy Grove and I’ve been absolutely enamoured by it.

Cozy Grove is an Animal Crossing lite game where the villagers are all ghosts. You play as a spirit scout who has found their way to the island of lost souls. When you first explore the bland-looking island you come into contact with the island’s ghosts, who are all bears and not spooky by the way. When you start talking to them they’re startled by how you can see them, these aren’t scary ghosts though they are more on the Casper level of friendliness.

Like Animal Crossing, your spirit scout is customizable to your tastes whether that’s to make your avatar look like yourself or someone completely different. When I created my l character, I did not doubt in my mind that the game’s art style created the cutest version of myself. One cool aspect of the customization I found interesting was that there is no gender option which makes the default avatar gender neutral which is something I appreciated.

When you go up to talk to a ghost this is when the gameplay loop is introduced to the player, they will give you a task that varies from ghost to ghost. Completing them helps advance the story by fill up their heart meter (five hearts in total) and sometimes down the line sending them off to the next life.

I haven’t played around with Spiritfarer too much but I’ve can see one comparison between the two games, mostly with the spiritual aspect of the game as well as the game’s gorgeous art style. 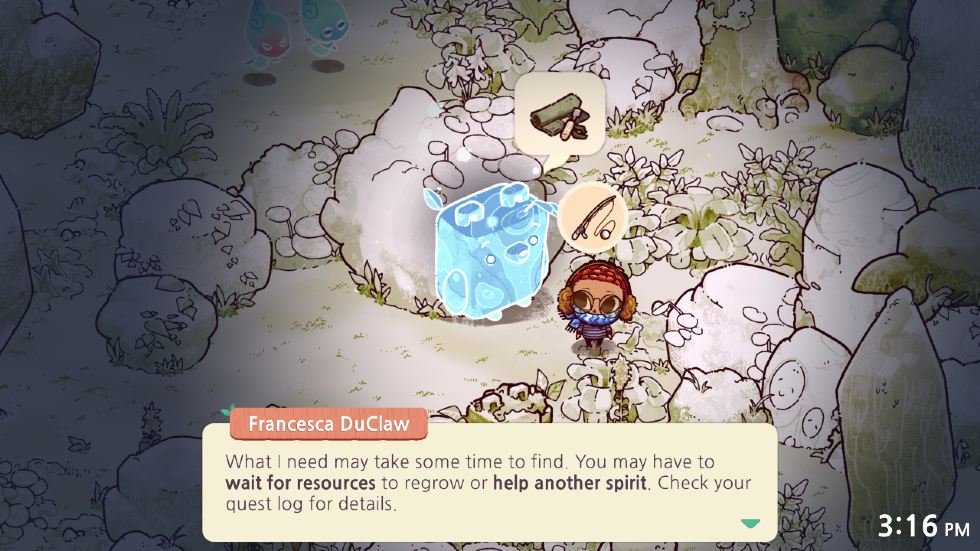 Bring Colour Back to the Island by Completing Tasks

Completing a task can be as simple as collecting resources or finding a missing item somewhere on the island. The game isn’t limited to short tasks you can finish in a couple of minutes but they can also take place over a much longer time, you might be given an item that isn’t relevant one day but will be in another day in your playthrough.

After completing a task, the section of the island that the ghost resides in transforms into an explosion of colour and the ghost reverts to what they looked like in their past life. While the radius of colour is limiting you can extend it with lanterns you can get through purchasing them or as a reward for completing specific tasks.

The extended radius helps with other tasks like for me there was an umbrella stuck in a tree that a ghost wanted but I wasn’t able to get but when the colour radius reached the tree then I was able to retrieve it. That colour isn’t permanent though when you start the game up the next day that colour will disappear and will only come back after completing another task with that ghost. 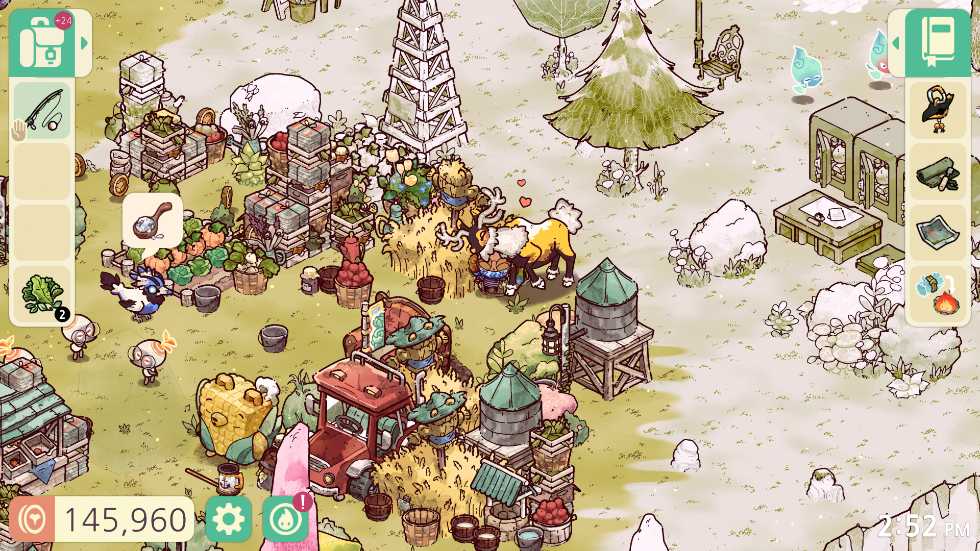 Designed to be Played in Daily 20 to 30 Minute Sessions

Ghosts will also reward you with resources and a very important item called spirit logs, which are kinda like the game’s spirit orbs like in The Legend of Zelda: Breath of the Wild. When you gather up two of them you can go to your campfire, Flamey – you can also talk him to store items, upgrade your campsite and so much more – and feed them to him.

Feed him the spirit logs and he turns into a giant blue flame which is like a beacon for more ghosts to show up on your island and interact with. Afterward, Flamey will turn back to normal but he’s still hungry for more spirit logs and the number you give the first time won’t satisfy him the next time so basically, the more you feed Flamey the hungrier the little guy gets.

Cozy Grove is not a game you will be playing multiple hours a day, the developer designed the game in a much more approachable and accessible way that you’re only putting in 20 to 30 minutes into the game a day. There are only a finite amount of Spirit logs you can collect in a day, Flamey will let you know how many you can collect so when there’s zero he will be like ‘okay that’s it for today, come back tomorrow.’.

That’s not to say you can’t keep playing, you can still collect resources, fish, cook, craft, buy/sell items, etc. You can keep grinding these things but it all seems kind of pointless especially when the main objective is put on hold for the next day. The game is designed is for players to do a small number of things to do in a short play session which the game accumulates that time to multiple days, weeks and even months with its 40 hours of content. 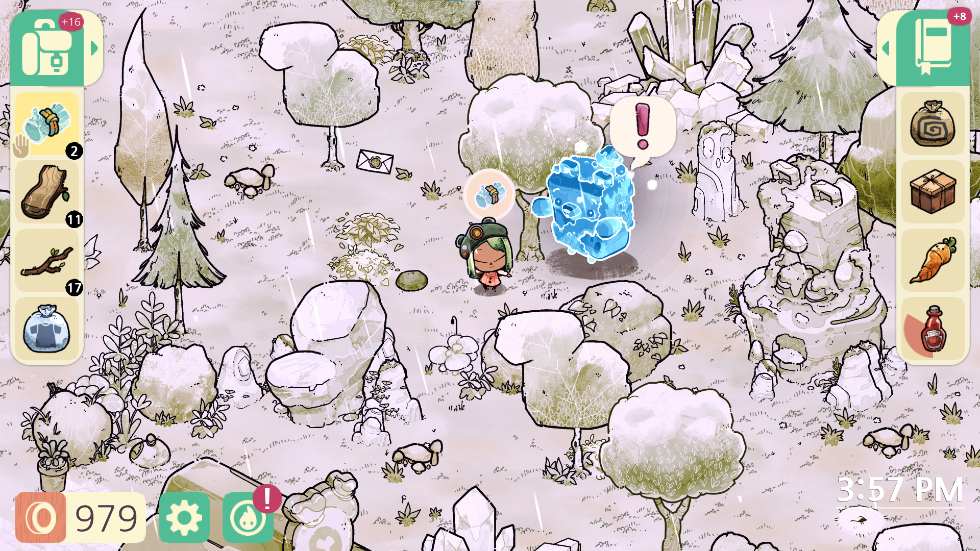 Take Your Time, Slow Down and Relax

Now anyone who just wants to go through the whole game minus the wait time will be disappointed or think the game is holding them back and well that’s not what this game is. Games like Cozy Groove are a commentary on life, you can’t get everything you want when you want it because you want to rush through it. You have to wait for things to earn them so it’s ok to slow down and just enjoy the journey rather than the destination. If that’s not your play style then this game is not for you, but if it is then you’re gonna have a great time with this game.

Unlike Animal Crossing: New Horizons, Cozy Grove doesn’t take place in real-time when your first day ends, your second day doesn’t start until you start up the game again which could be either tomorrow or even next week. I appreciate that design choice because I feel like the game isn’t going anywhere without me or I’m missing out on timed events, the ‘fear of missing out,’ feeling is nowhere to be found in Cozy Grove.

An underrated aspect of the game is the music, which is is something I don’t pay that much attention to unless it’s Persona but man the music in this game is just so chill and relaxing to listen to. I could just leave the music on and just bang to the ‘Cozy’ beat as I work, I just need a Spotify playlist of the soundtrack, Spry Fox. Also, the crafting system in the game is really deep and good, plus how recipes I’ve gotten so far have been rewarded to me through tasks rather than buying them from the merchant. 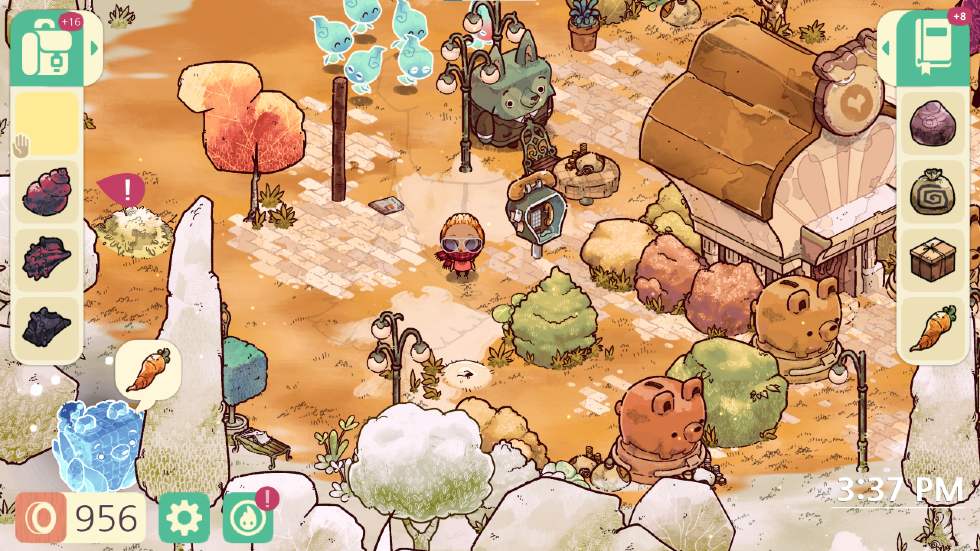 Player’s Time is Respected and Rewarded

One thing that this game does much better than Animal Crossing: New Horizons is how they deal with collections. In Animal Crossing: New Horizons when you bring stuff like fossils to the museum, Blathers takes it and is like ‘thanks, bye’ with no reward for my efforts. In Cozy Grove when you bring in something to the collection curator, who is a bear-seagull hybrid, you get an actual reward of either coins, gems or recipes for your time which is another aspect of the game that does a great job of awarding the player’s time.

I think the game is great but if there is one criticism I have of the game, it’s that the game is a bit repetitive but that’s not much of a complaint to be honest because that’s the nature of the beast that is life-sim games. There is not much I can honestly say I disliked about the game, I didn’t even face any technical hicups during my time with it on my Xbox Series S. The aspect of the game I’ve detailed are all things I had a fantastic time with. I honestly had to think about what I didn’t like about the game which says a lot about how much I enjoyed my time with it.

It was such a joy to play Cozy Grove as it’s a much more condensed version of Animal Crossing and it being a game I don’t have to put multiple hours into it in a day is such a breath of fresh air. I think there are a lot of lessons in this game that Nintendo developers should take note of because I think Spry Fox does Animal Crossing better than Nintendo.

The game is an easy check-in before diving into media that requires an overwhelming amount of our time. I hope Cozy Grove becomes a morning ritual for anyone picking up the game as brushing teeth, showering or other traditions and becomes a part of your everyday life. 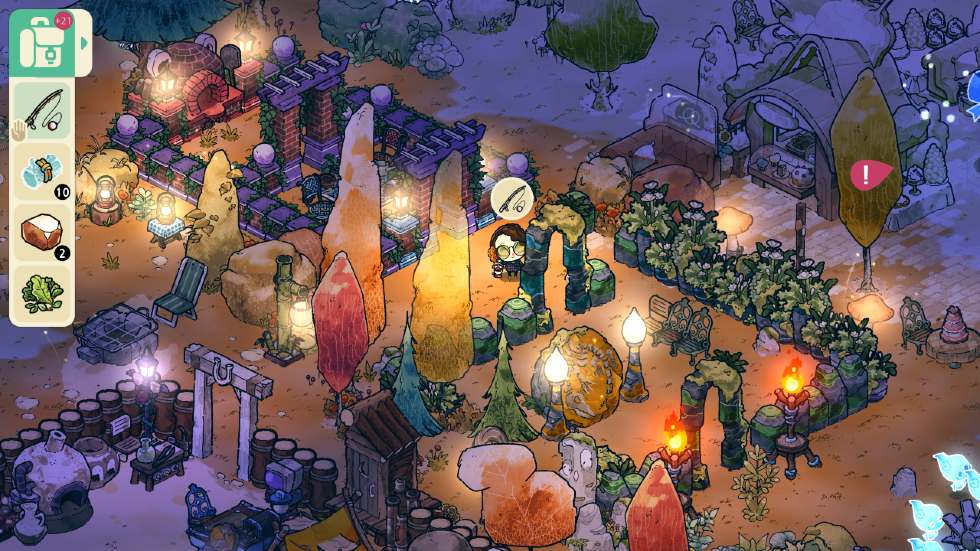 I enjoyed my time with Cozy Grove it was honestly a palette cleanser I need from the bigger games I have been putting into recently. I found the scope and time commitment of Animal Crossing: New Horizons a little too much for me. During my two weeks with Cozy Grove, it feels like the scope is more focused on the story rather than the capitalistic nature of Tom Nook’s Animal Crossing empire while feeling more intimate and respectful/rewarding of the player’s time.

You don’t have to do everything, getting the most out of your time with the game is honestly something you don’t need to do. Cozy Grove is a relaxing game that anyone who likes life-sim games can get a lot out of without putting a lot into it every day.

Cozy Grove is currently available on PC, PS4, Xbox One, Switch and iOS.

Reviewed on: Xbox One