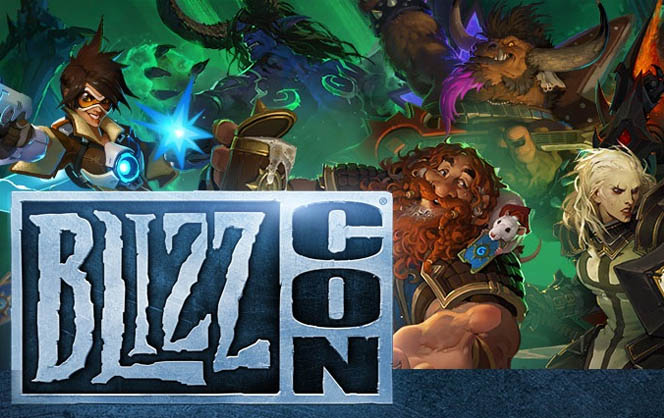 Counting Down the Days till BlizzCon 2015! Hard to believe it’s that time of year again! BlizzCon 2015 (in its 9th year) commences on Friday, November 6th and runs through to Saturday, November 7th, at the Anaheim Convention Center! And, as you can imagine, the hype is very real!

Blizzard has already released Friday and Saturday‘s schedules, as well as a floor map of the event. But for those of us who are sadly not attending BlizzCon in person, there is the option of purchasing a Virtual Ticket! Tickets are selling for $39.99USD, and will give viewers access to, not only BlizzCon 2015 broadcasts, but it also unlocks digital content for Blizzard titles! The downloads include a Murkidan Pet (World of Warcraft), a Nexus Battle Beast Mount (Heroes of the Storm), a Blizzard 2015 Card Back (Hearthstone), Xel’Naga and Spear of Adun Portraits (Starcraft II), and a Pennant, Pet, and Portrait (Diablo III)! Not to mention, those who purchase a Virtual Ticket will also gain access to purchasing exclusive BlizzCon 2015 items in the Blizzard Gear Online Store!

Here is a summary of what attendees can experience at BlizzCon 2015:

And to top it all off, Linkin Park will be performing at the closing ceremonies on Saturday, giving attendees and viewers at home (through the Virtual Ticket) and amazing send-off!

One of the things I’m looking forward to the most is getting to hear more details about World of Warcraft‘s next expansion, Legion! Take a look at the overview trailer below!