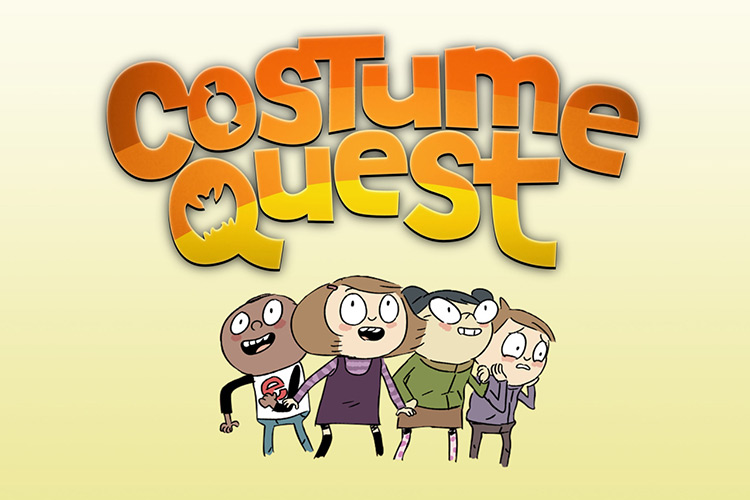 A Costume Quest cartoon will debut on Amazon Prime next year. The series will be aimed at a young audience (six to 11-year-olds) and will star around four children who lives in Auburn Pines that will face enemies seen in the video games.

Based on the smash video game series by Double Fine Productions (Psychonauts, Broken Age) and the world originally created by Tasha Sounart, Costume Quest is a funny and mysterious animated series aimed at six to 11-year-olds. The show stars four kids facing off against the dark forces lurking in the shadows of their sleepy town of Auburn Pines. To overcome obstacles and achieve their goals, they must learn to unlock and master the magical powers of supernormal costumes—with each costume comes a new set of transformations and powers. The series is executive produced by Will McRobb (The Adventures of Pete & Pete) who also serves as story editor, as well as Frederator Studios’ Fred Seibert (The Fairly OddParents), Kevin Kolde (Adventure Time) and Eric Homan (Adventure Time). Costume Quest is produced at Frederator Studios, a WOW! Unlimited Media company.

I’ve thoroughly enjoyed both Costume Quest games from DoubleFine and will be checking out the series when it airs next year. I think this will be really great for children, now we wait and see how it turns out.