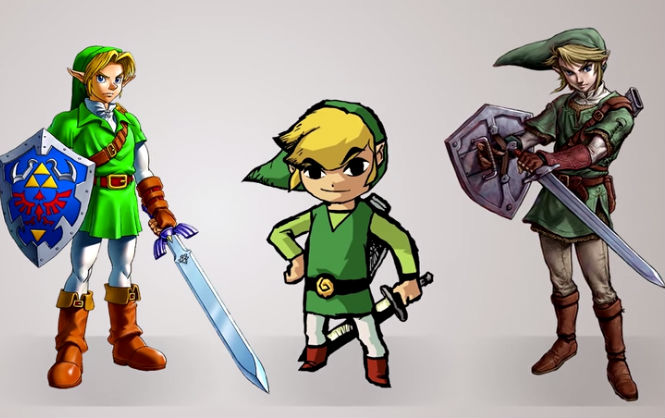 When you think of video games such as Legend of Zelda, Assassins Creed, or even Mortal Kombat one of the first things you might think about are the iconic characters, or maybe even the iconic costumes worn by these characters in these iconic games. From the hooded assassin cloaks of Assassins Creed, to the green costume that adorns Link in The Legend of Zelda series, or even the red overalls of a certain favorite Italian plumber.

Of course just like in real life, fashion changes, evolves, therefore an iconic video game characters outfit may change as well throughout the years. Netent Stalker has created a very helpful and cool infographic showing the evolution of many iconic outfits throughout the decades of video gaming history. In the infographic you can see such hero and heroine outfits such as Link (Legend of Zelda), Lara Croft (Tomb Raider), Mega Man (Mega Man), Sub Zero (Mortal Kombat) undergo evolutions of their own. The infographic can be seen here.

Some changes may be subtle, for example Sub Zeros changes from Mortal Kombat to Mortal Kombat II. His entire costume remains the same except for a simple change in his shin guards. But some changes are a lot more noticeable and impactful, such as Link from the Legend of Zelda series. Since 1986 he has always had his iconic green tunic, only for him to ditch the green for some cool blue in this year’s Breath of the Wild.

Of course there are changes everyone will notice such as the giant eyes added to Mario’s outfit in the upcoming Mario Odyssea game, or completely changing Dante when they rebooted his franchise, but there are a lot of changes that some people didn’t notice. For example, a lot of people don’t know that Princess Zelda’s hair color was initially brown in 1986 but has since then alternatated between ginger and blond, or that Sub Zero’s scar switches sides, changes colors, and even disappears all together in some iterations.

Some series’ will keep a certain design aesthetic while completely changing the character. For example Assassins Creed, almost every game has a different protagonist, but the same design elements are carried from game to game, retaining the same style throughout. This is interesting because even though the games can take place hundreds of years apart, you can still see the same elements throughout being twisted by the time period as well as the environment.

Another good example of an overall design aesthetic in a series is Mega Man. Although his costume could change drastically, he can always be recognizable thanks to the constant use of blues as well as his helmet, oversized boots, and gauntlets.

The full infographic showing the evolutions for a bunch of iconic video game characters can be found here (courtesy of Netent Stalker).