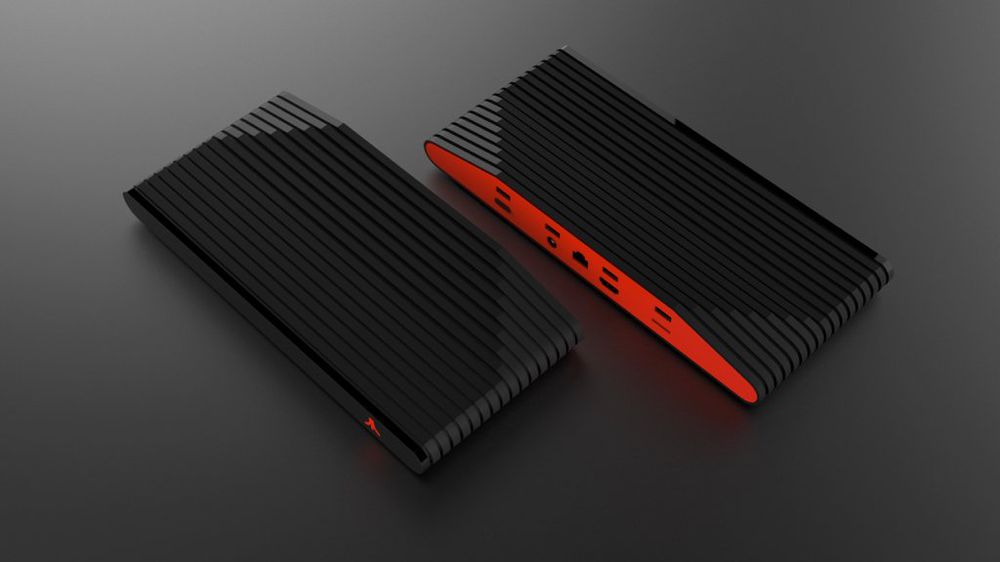 Here Is The Console Atari Is Working On Did you know Atari was working on a console? Yeah. Revealed today, the Ataribox features four USB ports, HDMI, an SD card slot and an Ethernet port. We don’t know anything else other than that.

Revealed via an email blast from Atari, the company has released a series of renders of the console – which comes in two variations, one with a wood panel like the classic 2600 and one with a black front.

Inspired by classic Atari design elements (such as the iconic use of wood, ribbed lines, and raised back); we are creating a smooth design, with ribs that flow seamlessly all around the body of the product, a front panel that can be either wood or glass, a front facing logo, indicator lights that glow through the material, and an array of new ports (HDMI, 4xUSB, SD). We intend to release two editions: a wood edition, and a black/red edition.

As for the insides of the Ataribox, we learned that it has ‘modern internal specs,” and it is capable of delivering “classic and current gaming content.”

We’ll be keeping tabs on this, but right now there is word going around that the Ataribox would be put up for crowd funding to minimize risk for the company.