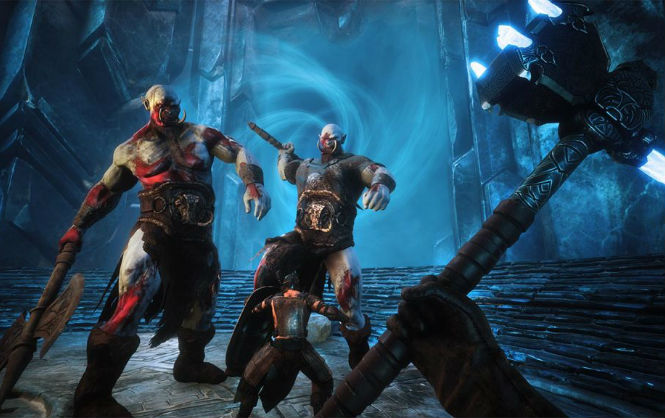 Conan Exiles Has Come To Xbox One With A Big Expansion

Conan the Barbarian today came crushing onto the Xbox One as Funcom’s hit open-world survival game Conan Exiles made its debut on the platform as part of the Xbox Game Preview program. The Xbox One edition of Conan Exiles is identical to the PC version and benefits from over six months of Early Access where the developers have added a wealth of new content, features, and improvements. Funcom today also launched The Frozen North, a free expansion update for both PC and Xbox One, that increases the size of the world by 70% and takes Conan Exiles from the desert into the snowy highlands.

Conan Exiles is planned to leave Early Access and see full launch on PC, Xbox One, and PlayStation 4 in Q1 2018. While the team has been able to expand and improve the game significantly the first six months of Early Access, there are several months left and the team will continue to work side-by-side with the community to realize Conan Exiles’ full potential. The launch of Conan Exiles on Xbox One and the release of The Frozen North expansion marks the beginning of phase two of Conan Exiles’ Early Access adventure.

“Today’s launch on Xbox One and the release of The Frozen North expansion updates is an important milestone on the game’s Early Access roadmap,” says Funcom Head of Games, Lawrence Poe. “During the first six months of Early Access on PC our focus has been to work with our core community eliminating exploits, improving core systems, and fleshing out both content and features. In this phase two of Early Access the game is bigger and better than ever and we are very excited about bringing the game to an entirely new audience on Xbox One.”

Since launching into PC Early Access on January 31 st 2017, the development team has been working tirelessly to introduce new content, improve mechanics, and eradicate bugs and exploits. The team has added siege weapons, a new dungeon, a dye system, new armor and weapons, new decorations, avatar defenses, new building pieces, and much more.