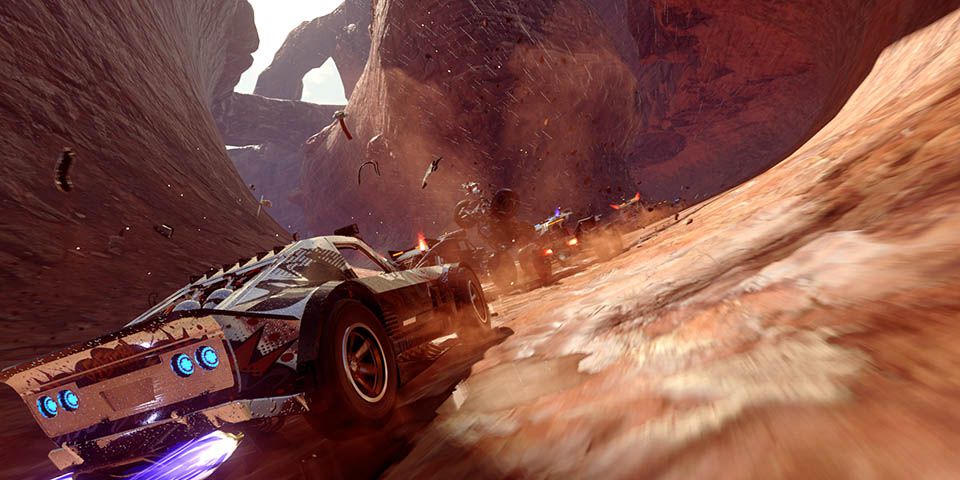 Codemaster’s Onrush Is Out This Summer

Codemasters and Deep Silver together pulled back the curtain on upcoming action arcade racer Onrush with a dazzling trailer that rivals today’s announcement of Burnout Paradise Remastered. Onrush will be available on June 5, for Xbox One and PlayStation 4.

This game is all about speed and fun, as you battle to fill up your Rush meter to unleash “the ultimate manifestation of boost and power,” as you create havoc for your opponents with death-defying stunts and takedowns. There are eight classes of vehicles, each with their own unique style and feel to them, with different effects for each class as well as abilities.

Onrush is developed by a team of former Evolution Studio devs who now work with Codemasters at their studio in Cheshire, UK. Onrush is about racing with style and flair and reminds me a lot like the sorely missed Split/Second, a racer from Disney that released all the way back in 2010 for PS3 and Xbox 360. The better your takedowns are in Onrush, the faster your Rush bar will fill.

Those who pre-order now will get the chance to beta test the game before anybody else does in May for the Xbox One and PlayStation 4. The early access beta is for PlayStation 4 only.