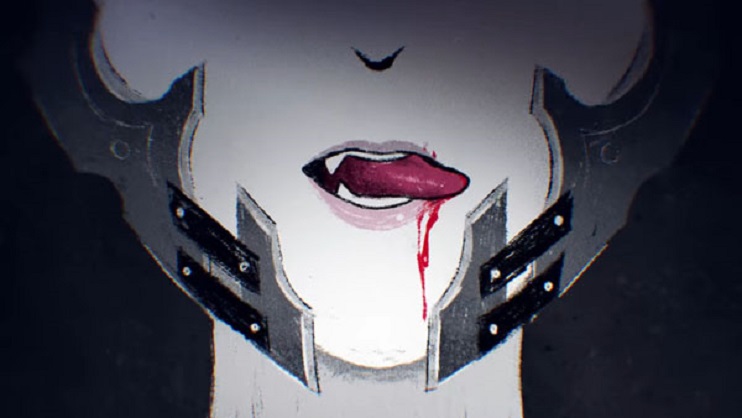 We posted a trailer that was tagged as “Prepare to Dine,” last week and we loved everything that was shown off. Today, Bandai Namco has pulled back the curtain on Code Vein, a new series that has vampires, dungeon exploring and is classified as an RPG.

This one is being developed by the team behind God Eater, and as Famitsu reports, the game will run in Unreal Engine 4.

Details are scarce at this moment but expect to see more on April 20, when the official announcement is made.

The game is set in a near future where everything has gone to ruin. Players are Revenants, vampires that possess supernatural abilities, that will take on the truth of the world while working together with allies.

In order to survive, Revenants live in an isolated society called “Vein.” The Revenant is a being that has transcended humanity, but as a result, has lost most of their memories. A Revenant who is short on blood will turn into a monster called a “Lost.”

One of the main features of Code Vein is the “Buddy” system. When exploring dungeons, you can bring a single partner along.