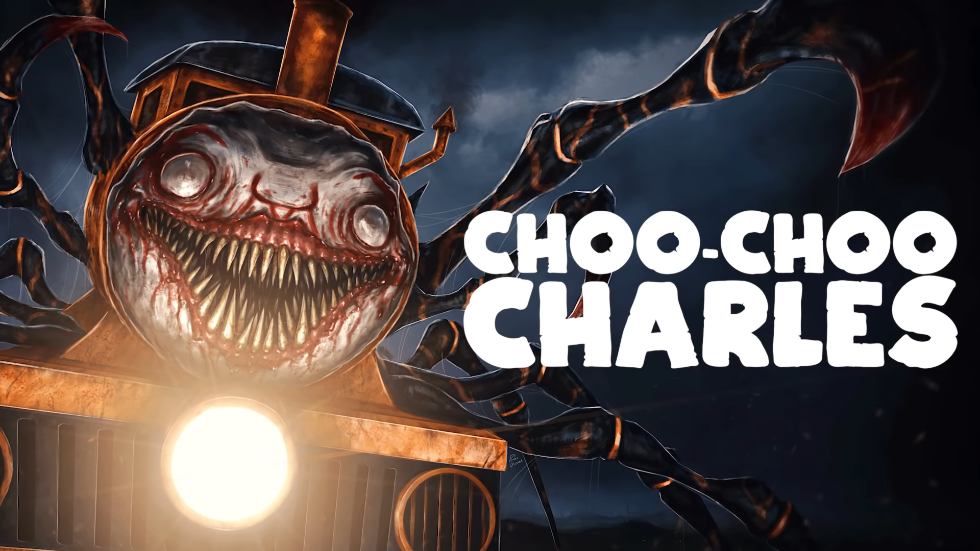 This trailer has been making the rounds all weekend, as I’ve seen it a handle of times across social media and community websites I frequent. Choo-Choo Charles is from solo developer Two Star Games and is labelled as a horror game. If you watch the trailer below, you’ll see it’s more than that —it’s nightmare fuel.

Your task is to avoid Charles while navigating the island and helping the residents. Your there to kill this train-spider hybrid that stalks you across the island. You start off with a basic locomotive before earning scraps to unlock better armour, better speeds, and weapons.

From the video description, here’s how the dev labels Choo-Choo Charles:

“In Choo-Choo Charles you’re given the task of eradicating a monster known by the locals as “Charles”. Nobody knows where he came from, but they know why; to eat the flesh of puny humans. You have a small yellow train, with a map, mounted machine gun, and an exquisite collection of bobble-heads on the dashboard. You’ll use this train to get from place to place, while you complete missions for the townspeople, or loot scraps from around the island.

Over time you’ll use your scraps to upgrade your train’s speed, armor, and damage. You’ll grow your arsenal, and (hopefully) become an unstoppable force, ready to take on the great and mighty Charles.”

Sure, on paper the task of defeating what is likely a possessed train sounds like an easy task but this isn’t so hard given how horrifying Charles truly is. He has no track to follow and will freely take off and hit the hills to find your train.

Choo-Choo Charles is set to launch in early 2022 on Steam. No word yet on whether it’ll come to consoles but yeesh, take your time I can wait a long, long time.