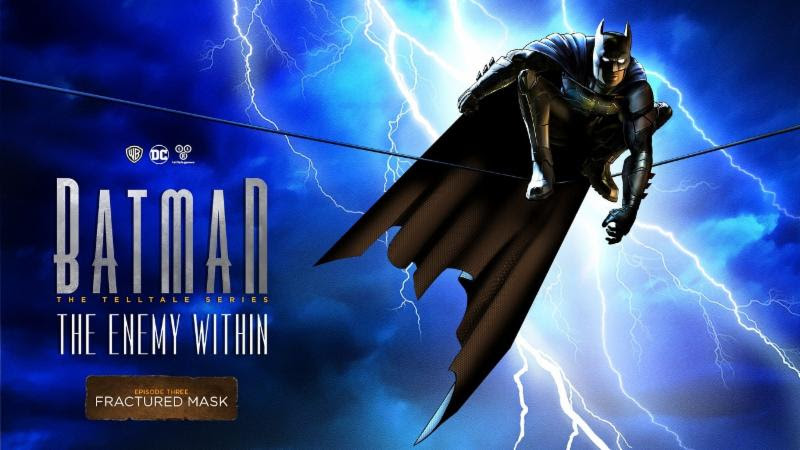 Check Out the New Trailer for Episode 3 Of Telltale’s Batman: The Enemy Within

The third episode of Telltale’s Batman series is out today on multiple consoles and mobile devices,

“After an unexpected reunion, Bruce finds his attention (and his loyalties) stretched in yet another direction. Now, in addition to brokering a power struggle between Commissioner Gordon and Amanda Waller, Bruce must balance romantic entanglements with his mission to infiltrate the Pact. As he plunges deeper into the criminal underworld, the villains’ plan starts to come into focus, but will his deceptions take a dire toll?”

Batman: The Enemy Within continues the story of last year’s Batman: The Telltale Series and pits Batman against The Riddler. Rendered to look like a living, breathing comic book, Telltale’s vision of Batman features an award-winning cast of talent including Troy Baker, who returns to reprise his role as Bruce Wayne, as well as Anthony Ingruber, who reprises his fresh take on ‘John Doe,’ better known to fans as The Joker.