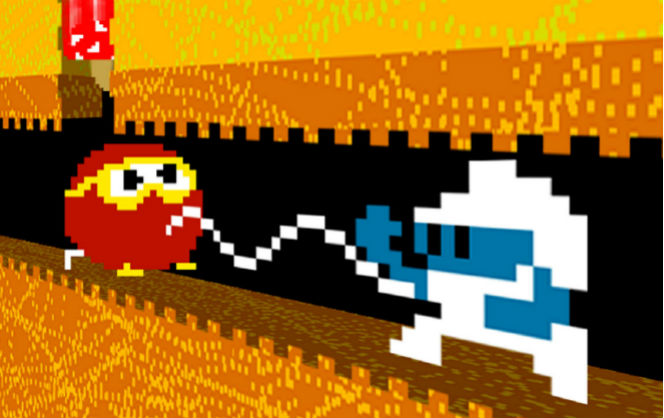 Funko has quickly become a staple in modern toy collecting with their highly addicting line of Pop! Vinyl figures. Some of the most highly sought figures are convention exclusives, and next month a whole new assortment of exclusives are coming from New York Comic Con. Here are some of our favorite video game pops exclusive to NYCC.

First up is a fan favorite from the 1980’s arcade classic, DIG DUG! Among one of the first in a line of 8-bit stylized Pops, DIG DUG is exclusive to the comic con, but might be making it’s way to a store near you. Next up is one for the Five Nights At Freddy’s fans. It’s Lolbit! Lolbit is an animatronic character from the latest FNAF game, Sister Location. The Pop looks really cool, as it’s just a head coming out of a TV totally Poltergeist style. Funko’s never really made a pop like this and I hope to add this to my collection. Any Kingdom Hearts fans? 2 of the Halloween characters are coming right in time for that spooky time of the year. We got Goofy and Donald Duck, both looking spooky yet adorable. Lastly is a retro set of 8-bit Teenage Mutant Ninja Turtle figures! Shredder is back in Pop form with 5 special multi-colored Foot Soldiers. All are done in Funko’s new 8-bit style and should look radical on a shelf. Not going to NYCC? No worries, aside from the Foot Soldiers, most of these Figures should be easy to get your hands on since a lot of them will be shared with certain retail stores. A list of what will be where will be announced on October 4th, so stay tuned!