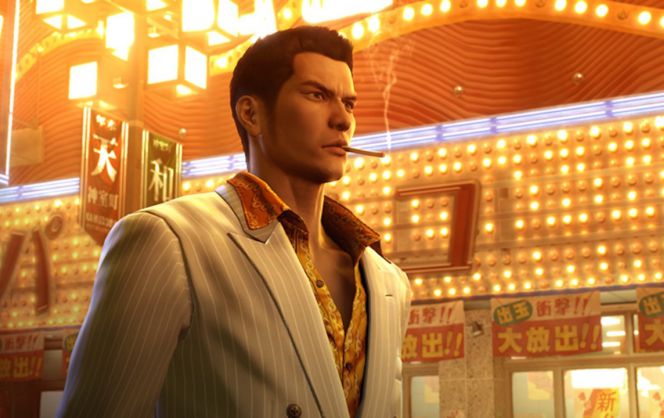 Check Out This Interview With Yakuza 0 Producer Scott Strichart Yakuza 0 is one of the best jumping in points for those new to the series, but there’s still a little bit of legwork to figure out what’s going down in Kamurocho (the fictional red light district of the Yakuza series) when players take control of protagonist Kazuma Kiryu and Goro Majima next year.

Yakuza 0 is being localized by SEGA® of America, Inc. and will be released physically and digitally in the Americas and Europe beginning Jan. 24, 2017. The game will be available on PlayStation 4 systems for $59.99.

Pre-orderds and first run copies of Yakuza 0 will be the limited “The Business” Launch Edition! It will include a business card holder decorated with the tattoo designs of the game’s protagonists, bi-lingual replicas of their actual in-game business cards, and a special Hostess card.