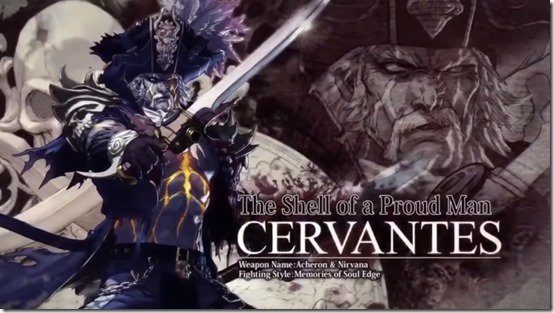 The infamous pirate who’s been around since the series began, is official after having been leaked over and over. He’s been the worst kept secret after having been prematurely revealed in Australia last week, in addition to Raphael. Today, we get his official

A pirate’s life can only be described as one long sailing adventure, filled with enough twists and turns to last multiple lifetimes. So, imagine the stories of adventure and swashbuckling Cervantes must have since he’s been sailing the seven seas as an immortal pirate since forever!

Cervantes is a bad man in every sense of the term. Wielding dual swords – Acheron which he plundered from its former owner, and Nirvana, a dagger whose hilt houses a pistol – Cervantes is simply deadly with these blades, especially when he rushes opponents, knocks them down, or launches them in the air in order to deal hard-hitting combos for maximum destruction and pain.