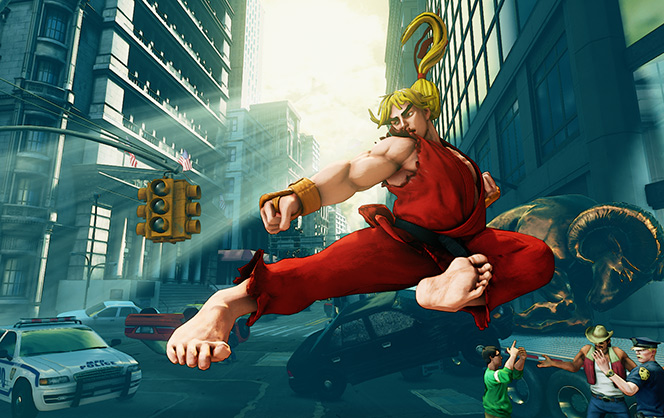 Capcom Will Release A Character A Month For Street Fighter V We’re getting a clearer picture how Capcom will be handling new characters for Street Fighter V, which launches this coming Tuesday.

At a pre-launch party in Japan, we learned of new “Character Story Mode” costumes which provide bits of backstory for each character. You just need to complete the “Character Story” and you can unlock the costumes at the in-game store.

Next, we revealed new details about Survival Mode. In this mode, your health and EX Gauge carry over between each match against the CPU. You are able to earn points with each victory, which can in turn be used to purchase special power ups, such as health or attack or defense increases, etc., to help you last longer. Purchasing more power ups reduces your overall score though, so there is a trade-off. By clearing the four difficulty levels of Survival Mode, you’ll be able to earn new colors and in-game titles for your character! We also get confirmation that each month a new character will  be introduced to us starting with Alex in March and up until September (so far.)

Check out the rest over at Capcom-Unity