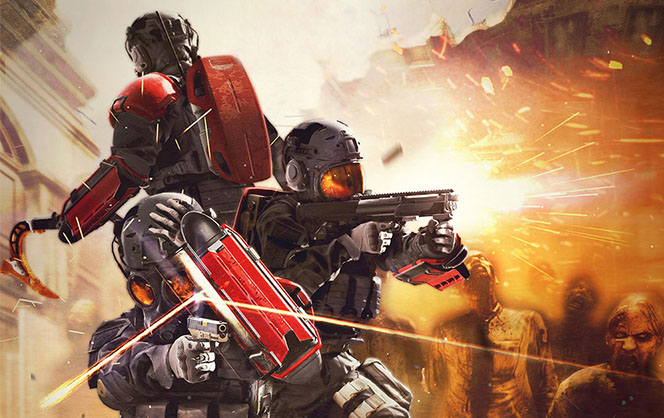 Utilizing the Unity engine developed by Unity Technologies, this new Resident Evil themed third-person shooter is a competitive online game that will feature fast-paced, team-based matches set in familiar areas, recognized from the Resident Evil series. Umbrella Corps will also feature and analog aim and cover system, which will give players the accuracy they need when firing from cover. One game mode added to Umbrella Corps is called One Life Match. Here, players must complete the main objective of taking out the other team, without dying. It’s called a one life match for a reason! But that’s not all, if players like, they can also go up against some of the classic enemies from the Resident Evil series; although they are threats, these enemies can also come in handy when trying to slow down and defeat the other team!

Other than gun and grenade based weaponry, players also have the option of using specialized gear including the Brainer (melee axe), a tactical shield, boot-mounted terrain spikes, and a Zombie Jammer, a device that repels zombies, once its turned on!

Umbrella Corps will be available digitally on the PlayStation 4 and the PC for $29.99, in early 2016!