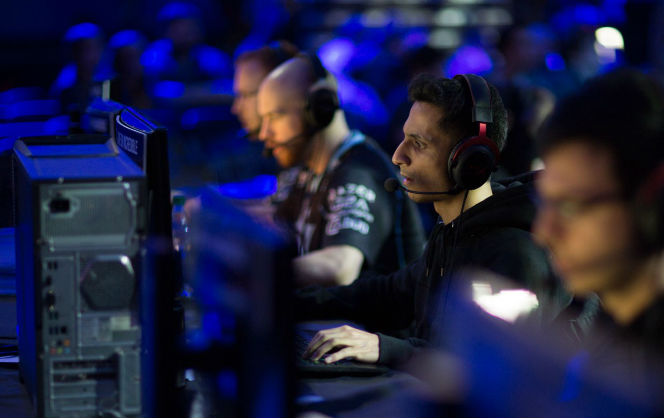 The Canadian League of Gamers (CLG) is pleased to announce a strategic partnership with evenko, one of the top entertainment promoters in the world. The partnership will deliver Northern Arena’s second professional eSports tournament which will take place in Montreal from November 10th -13th, 2016!

Thousands of fans will convene for the Final at the Bell Centre on November 13th at 2pm to watch professional players from around the world as they compete in several eSports competitions, including CS:GO and DOTA 2.

Professional competitions will host 8 teams per event in a PC game platform. Upcoming pros will have the chance to enter the pro competition in an open spot in each final during prior qualification, providing a unique opportunity to discover new talent in Canadian eSports. Northern Arena’s live event will allow fans to connect with professional eSports stars and see them in action, competing for prize pools of more than $200,000.

”evenko is proud to announce a partnership with the Canadian League of Gamers to bring the first major eSports event, Northern Arena presented by Bell, to Montreal at the Bell Centre. With a thriving and passionate gaming community in Montreal, we are excited to take part in one of the fastest growing sports in the world.” mentioned Jacques Aubé, evenko’s Executive Vice-President and Chief Operating Officer.

Hosting live and online qualifiers throughout the year, Northern Arena will connect millions of gaming fans from Canada and around the world with competitions streamed globally and live spectator events across the country.

“Canada has some of the most passionate gamers in the world,” said Carl-Edwin Michel, the visionary behind Northern Arena and Co-Founder of the Canadian League of Gamers. As we launch the 2nd edition of our league tournament, we are pleased to bring the event to an even larger arena, giving thousands of eSports fans the chance to see international tournaments live in Canada.”

The worldwide eSports market is skyrocketing, estimated to generate $1.3 billion in gross revenues by 2018, with the global eSports audience expected to exceed 427 million by 2019.

“eSports is exploding with interest and becoming one of the fastest growing sports in the world,” says Greg Spievak, Co-Founder of the Canadian League of Gamers. “eSports already has millions of established fans worldwide and an estimated potential to generate over $1 billion in 2016, so we’re excited to tap into this market and foster its huge potential here in Canada.”