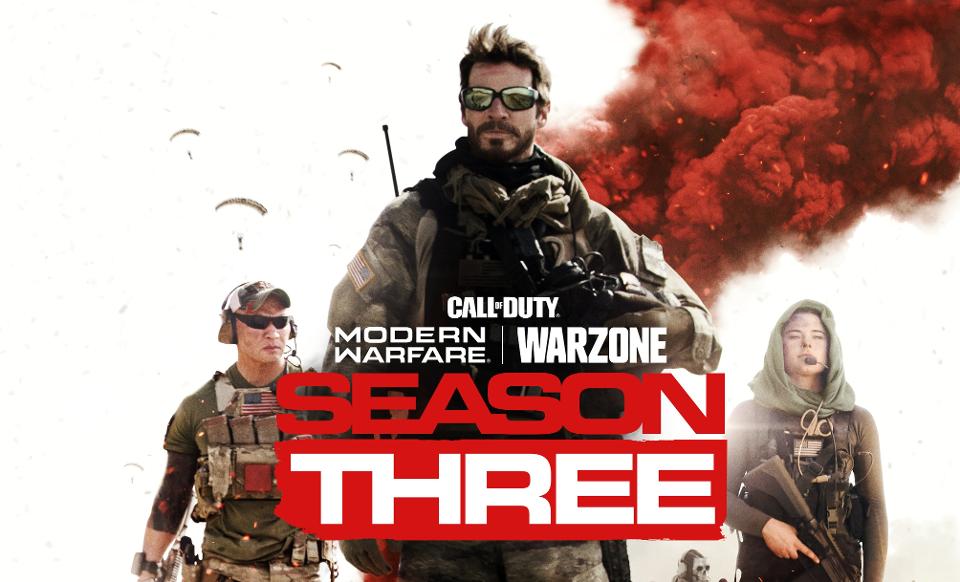 With Season Two winding down and Season Three amping up, Infinity Ward has some new information pertaining to the upcoming season, which is set to go live tomorrow.

In the second Season, Ghost was introduced as a new Operator available in multiplayer, in the third Season, Alex joins the ongoing battle in Verdansk in the latest update to Modern Warfare, including Warzone, in Season Three. Infinity Ward is expanding the squad sizes in Warzone where you and up to three other players can now join together to play in Battle Royale and Plunder. This change makes teamwork even more necessary as losing a team member will put you in odds against the other players. An extra player helps in Plunder by allowing you to collect cash faster and also to complete contracts proficiently.

The studio has also planned more loot-focused modes and playlists that change the loot pool to specific weapon types and high action modes such as ‘Scopes and Scatter Guns’ (only sniper rifles & shotguns). Ground loot will be overhauled to diversify the strategies available to you.

Talsik Backlot: In the middle of the Urzikstan desert lies an urban city with a major construction project taking place at its center. With its citizens long evacuated, combat takes place from door-to-door as teams fight for control of the various overlooks and buildings.

Call of Duty 4: Modern Warfare fans should feel right at home in this Backlot, as it is a remaster of the original map from that game. And for those who are playing this map for the first time, prepare for a great mix of close-quarters combat and long-range sniper duels.

Hovec Sawmill: A sleepy farming village is under peril, as its main sawmill building has caught fire. Operators will fight within the burning wreckage and around it, visiting the local businesses such as the butchery, the mess hall, and even the beekeeper’s area, which includes a couple of active hives!

Although this humble community is a beautiful one, don’t let it distract you from the battle. Use rooftops of buildings to gain the high ground against enemies sprinting from building to building below and use the splashes of footsteps on the rolling river to track down flanking players.

Aniyah Incursion: Note the long sightlines looking out over the main courtyard and pool, along with the small crawl spaces within the palace that can be used to flank your enemies. And be careful with Killstreaks: The Palace can make it tricky to aim them into this complex, so placement will be key to getting those confirmed kills.

If you want a head start on knowing what strategies work, hop on Modern Warfare Multiplayer and drop into some games on Aniyah Palace!