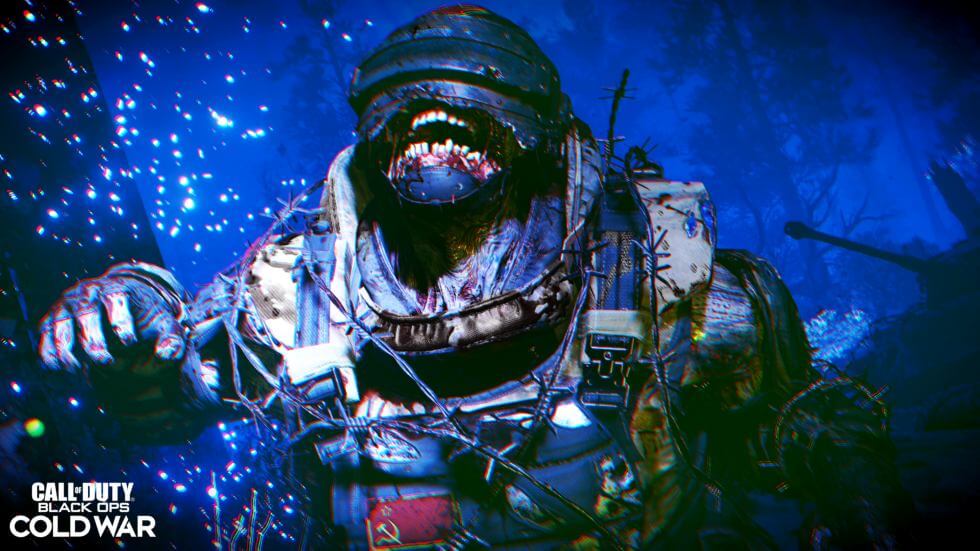 If you missed Zombies in last year’s Call of Duty: Modern Warfare reboot, you’ll be please to know that it is coming back when Treyarch’s Call of Duty: Black Ops Cold War sees the mode return in November. Today, we get our first look at the 1980s centred Die Maschine.

Picking up with the CIA-backed response team, Requiem, led by Grigori Weaver (remember him?) you’ll explore an old World War II bunker that’s full of zombies. You’ll also be dealing with the Soviet-led Omega Group, who wants to study and harness the anomalies plaguing the Earth.

Some of the improvements made to Zombies include utilizing the Battle Pass with Zombies. Now, you’ll use the same Battle Pass with Multiplayer and Warzone. Players can also start the match with their Gunsmith-crafted weapon of choice via loadout support.

Weapon rarity is now going to play a role in Zombies. For example, the higher the rarity, the more damage your weapon can cause and the more attachments available. This means that most guns are now sustainable in the later rounds in Zombies. Returning also is the Pack-a-Punch machine that transforms your weapons. This also adds more variety and fun to find new weapons through Wall Buys and the Mystery Box.

Players now deploy Field Upgrades as a way to be proactive in the field and add are charged by killing zombies.

You’re free to craft lethal, tactical, and support equipment around the map.

Perks? We got perks! Classic Zombie Perks are back to fit the time period, and that includes Juggernog and Speed Cola. No limits on how many perks you can consume either, so be a glutton.

Exfiltration: If the whole squad is in trouble, you can opt to exfiltrate the undead combat zone via helicopter. Although zombie spawns will be dialled up to 11, you should expect to earn some rewards if your squad completes this final push to survive.

There’s another Multiplayer Beta to take place next weekend. Here are the dates!