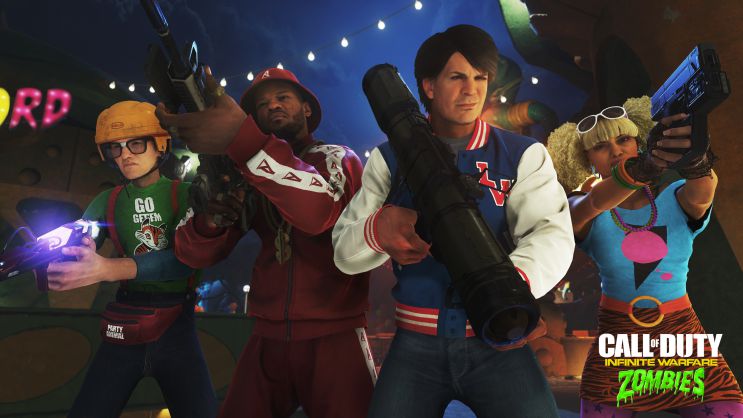 Call Of Duty: Infinite Warfare Zombies In Spaceland Is Interesting While the reaction to the next Call of Duty has been rather mixed, the zombie portion of the series, has been steadily getting better and better. This time is no different though, as the zombie portion will take place in Spaceland, a futuristic theme-park that is set in the 80’s! The cast is stellar took, David Hasselhoff, Seth Green, Jay Pharoah, and possibly Paul Reubens will voice characters.

Zombies in Spaceland tells the story of four aspiring actors who come upon a mysterious movie theater for an audition. They’ve been invited by director Willard Wyler, portrayed with voice and likeness by Paul Reubens (Pee-Wee’s Big Adventure, Gotham), who was once the shining star of the horror genre. Unbeknownst to the actors, they will be transformed into the movie characters onscreen and transported straight into Wyler’s film to fight against an all-new variety of zombies in an ‘80s theme park.