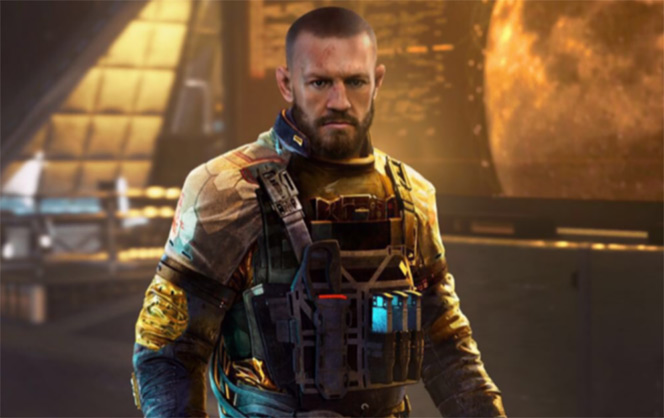 The talent going into this game is insane! Look at who’s coming along for the ride when the game launches in November:

When the biggest need the baddest to do work, I answer the call. Keep an eye on @CallofDuty tomorrow. #ad pic.twitter.com/pVEUxeuT4O

Conor McGregor will be joining Kit Harington in Call of Duty: Infinite Warfare. We see our first look at Harington and McGregor in the game. He looks to be a right-hand man for Harington’s character, Admiral Salen Kotch, and will hopefully have a worthwhile role in the game.

After a simultaneous surprise attack on UNSA forces in Geneva and the Moon Port Gateway, Lt. Nick Reyes must take the helm of the Retribution, one of Earth’s last remaining warships. In a time of unthinkable adversity, Reyes must lead his trusted crew against the relentless Settlement Defense Front’s plans to dominate all who oppose them.