A Bunch Of New Updates Are Coming To Minecraft On Xbox 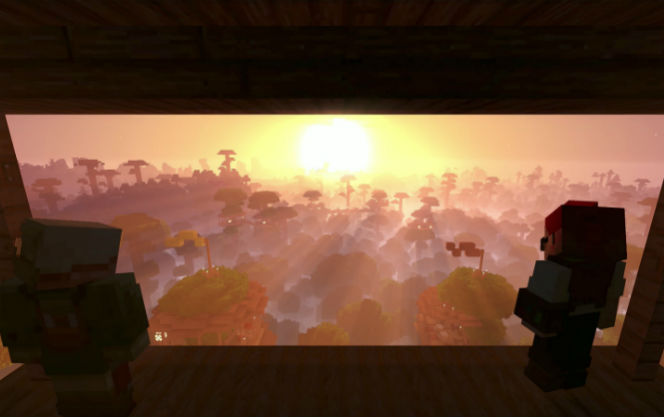 Mojang took the stage too announce all the cool updates coming to the block building game in the coming months. Arguably the biggest of these updates is the ‘Better Together’ update. What is this you ask? Well, do you have a friend who plays Minecraft on PC while you much prefer the console version yourself? Well now for the first time ever you two can play together! Minecraft is introducing cross play between the Xbox One, Nintendo Switch, Windows 10, Android, iOS, and VR versions of Minecraft.

Not only that, but we’re also getting HUGE servers run by the most esteemed in the Minecraft Community. If you don’t know what a server is, its basically an online platform where you can chat with, build with, and socialize with millions of other players. Starting this summer, all platforms getting the Better Together update will also see a Server Browser pop up on their in-game menu and 4 servers will be ready right from the get go.

Another update coming this fall is one that’s free to all owners of Minecraft. Minecraft will get a serious graphics boost including improved lighting, shadows, water effects. This will be available for Xbox One, Windows 10, VR, iOS, and Android. On top of that, a new DLC pack is being release. The Super Duper Graphics Pack will introduce features such as lighting that streams through fog, movement in leaves and grass, new textures for mobs and villagers, directional lighting, edge highlighting and much more! This will be available on the Xbox One and Windows 10, and performs best on high-end PC’s and the Xbox One X.

Life is Strange: Before The Storm Prequel Starts In August