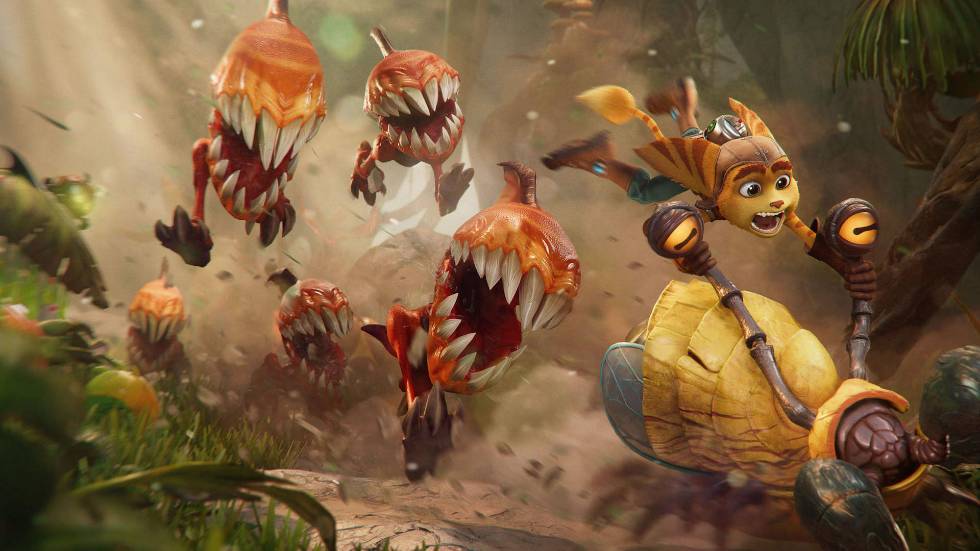 Marcus Smith spoke with Mark Mothersbaugh and how they worked on developing the score of Ratchet & Clank: Rift Apart. When assessing what the game would sound like, Smith wanted someone who understood themes and motifs and Sony suggested Thor Ragnarok, Insomniac wanted a soundtrack people could hum along to, and because Ragnarak touched on several similar themes, they decided to use that as a template.

So, Smith pitched the idea of Ratchet & Clank to Mark Mothersbaugh and before long joined the team to compose Rift Apart. As part of our preview circuit, members of the gaming press were invited to listen in to Marcus Smith’s interview with Mark Mothersbaugh last week.

Smith kicks the interview off by asking Mothersbaugh, “What did I do right that convinced you to take on Rift Apart?” Playing and experiencing games is an interesting way to experience music. “If you’re a songwriter or film composer, video games go beyond those mediums because it is always in flux,” says Mothersbaugh. “Your music is never heard exactly the same every time because one person may take longer with the first level, and different components build the song up. Then the next level starts it again. I love this concept of layering because you never write all the parts at the same time. You come up with a hook, bass line, or something else and then add other elements in. Playing a video game, as the elements come in, it is similar to writing a song.” Mothersbaugh was really happy to be asked to score Rift Apart.

The music is pulled apart and all over the place, depending on what the player is doing and what the action is doing. Music is built into the systems and the interactivity allows the music to change on the fly. This is how the music of a film is different from the music of a video game. It is much less rigid when composing and offers several variations of the same song, giving you the opportunity to experiment.

With the global pandemic still happening, the last time Smith saw Mothersbaugh was in Nashville over a year ago at a recording session for the orchestral pieces in Rift Apart. All of the recording sessions since then have been remote sessions. Mothersbaugh was impressed with Insomniac’s process when shifting to remote sessions, “For the things you lose, you tend to gain a lot and I have a feeling we’ll see a lot more remote recording in the future,” says Mothersbaugh.”