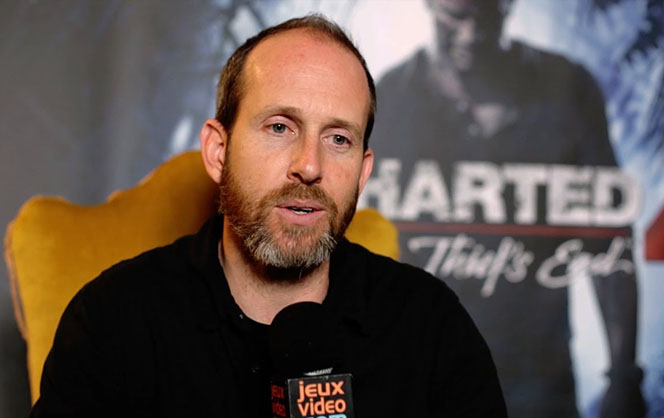 Bruce Straley is leaving Naughty Dog after 18 years with the developer. The co-director of both The Last of Us and Uncharted 4 spoke about his decision today, citing it as being “the hardest decision of my career,” and that ” Naughty Dog is my home.”

Straley was focused on three demanding titles, and once those games finished and were shipped to retail, he decided to take some time off from the office. It was during his time off he felt his energy shifting to other endeavours and with that, the decision was made to leave his home of nearly 20 years.

Naughty Dog’s president, Evan Wells also took to the developers blog to discuss the departure, while many kind words were said, Wells noted that “Bruce’s drive for excellence and enthusiastic support for his teammates has helped shape the studio culture and will continue to have a lasting impact. For that alone, the entire team is grateful. And for me, I can attribute much of my own personal growth as a game developer to having worked alongside his amazing talent for more than twenty years.”

Over the years many talented people have walked the halls of Naughty Dog and with each departure, it’s hard to say goodbye, however, Wells let it be known that “this one is particularly hard for me.”

Neil Druckmann spoke about Bruce as well, who served as mentor and friend throughout their relationship. Druckmann is currently working on The Last of Us 2.

.@bruce_straley has been my mentor, directing partner, & friend. I miss working with him but am excited to experience whatever he does next. https://t.co/nGOwLLLFFJ