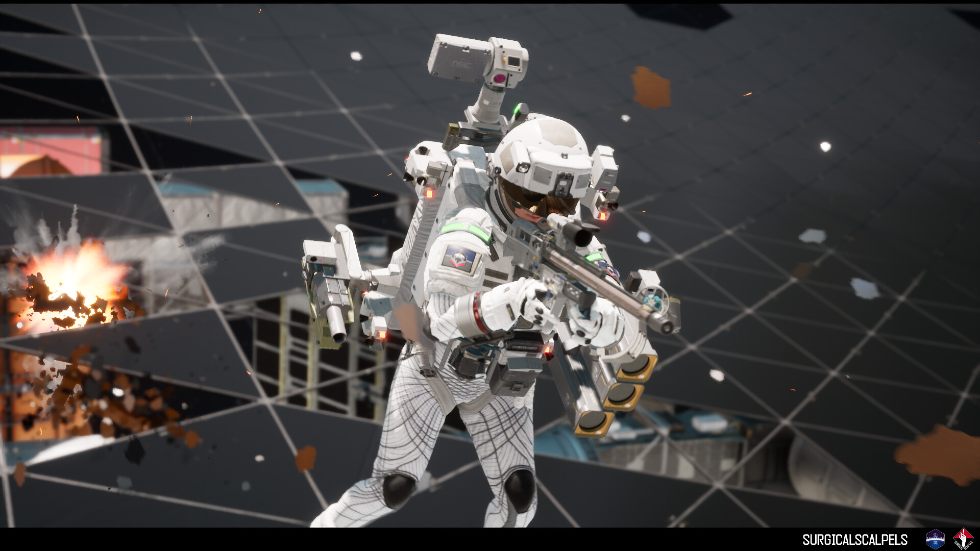 Boundary Comes To PlayStation 4 This Year

This morning, PlayStation’s Twitter account revealed that five indie games would be coming to PlayStation 4 this year. Boundary is the first and it’s a first-person space shooter.

According to Surgical Scalpels Studio, the developer behind Boundary, the game is a low-orbit environment shooter and because of that, this game is possible due to its simulative nature. Playing as an Astroperator, you have the freedom of movement in space and gravity is not restricted like in many shooters. The caveat is that while zero gravity is cool, there is a wealth of challenges that come with it.

Each character can be customized as “multi-role” combatants. For example, the developers mention a character named Lucas, who can be either an assault or sniper specialist, and both offer their own Tactical Ability.

Choosing “Assaulter,” Lucas can choose to use an adrenaline shot (known as an agonist shot) or as a sniper, Lucas can use an auxiliary arm to stabilize his shots.

Read more on the PlayStation Blog.