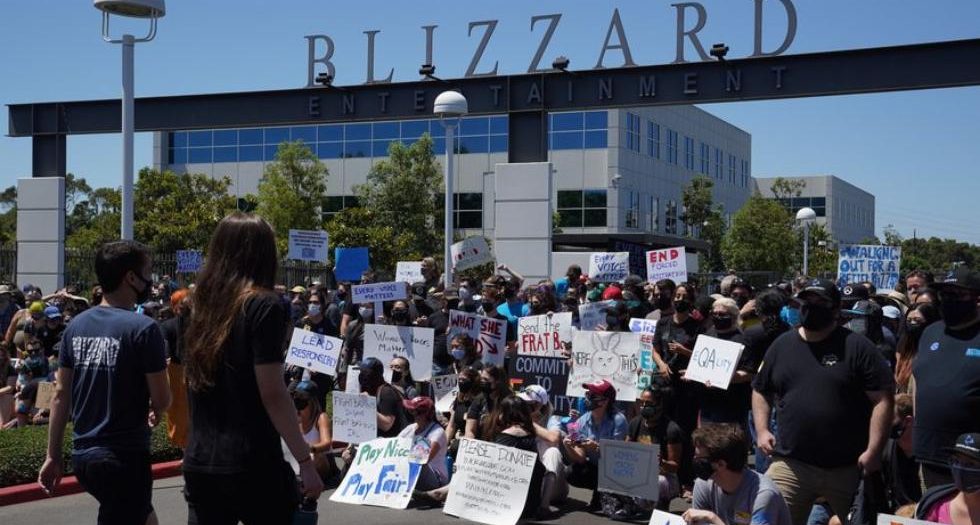 Things are unfolding in the Activision Blizzard saga at the speed of a Kor’kron Juggernaut, which is to say pretty fast and somewhat destructive.

Yesterday, employees walked off the job from the company’s Irvine, California stronghold in response to allegations of a toxic ‘frat-boy’ culture behind closed doors.

The walkout was followed a little later in the day by a call-and-response from CEO Bobby Kotick and the employee collective behind the organizing of the event.

Now, it would appear that employees at Activision Blizzard are perfectly poised to establish American video game development’s first working union. But it would appear that the company may be dashing those opportunities through the retaining of Washington, D.C.-based law firm WilmerHale. WilmerHale is an organization that has a history of taking on high-profile clients like the U.S. Army and President Nixon in the Watergate era. Basically, they don’t mess around with Murlocs!

A Kotaku article released earlier today by Mike Fahey suggests that the wind in the sails for unionization could be due to die down as one of WilmerHale’s current high-profile clients is Amazon, who recently retained the services in what appears by many accounts to be a union-busting campaign against workers in the company’s Atlanta, Georgia operations earlier this year.

Now, it can’t be said with any certainty at this point that Activision Blizzard has enlisted the anti-union services of WilmerHale as both companies have remained tight-lipped up to the time of writing this. WilmerHale has a proven history of helping companies improve their office culture, but Activision Blizzard doesn’t necessarily have a great track record for improving things quickly, so this is a situation we will be monitoring closely.

Everything Shown at the Annapurna Interactive Showcase