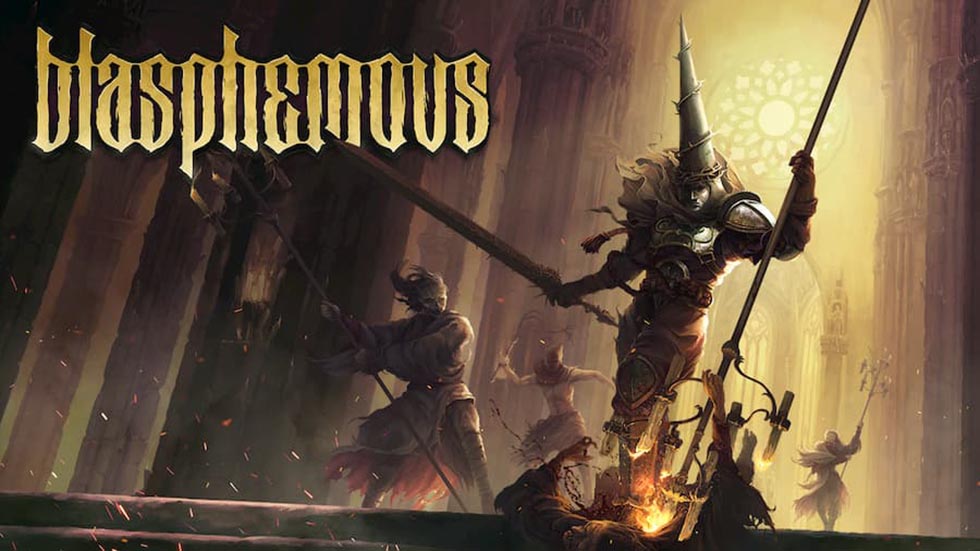 Following a successful Kickstarter campaign, Blasphemous is from indie developer The Game Kitchen and is being published by Team17 across Xbox One, PlayStation 4, Nintendo Switch, and PC.

You will play as The Penitent One, a sole survivor of the massacre of the ‘Silent Sorrow’. Exploring the nightmarish world of Cvstodia and unlocking the hellish secrets within, only you can free it from a twisted fate and reach the origin of your torment. Blasphemous is clearly leaning into the Metroidvania genre, with inspiration from the Souls series. We get a good look at the environments, the bosses, and the combat. The boss fights are particularly interesting feature a massive baby (yes, just look at the trailer!), a massive head, and a zombie Groot.

We also get a look at the skill tree and character customization, which augment your existing abilities as well as add new ones to your arsenal. We see The Pentinent One, unleash a Sonic Thrust, as well as an explosive attack from above.

No word on a release date, but we’re going to keep a close eye on this one.