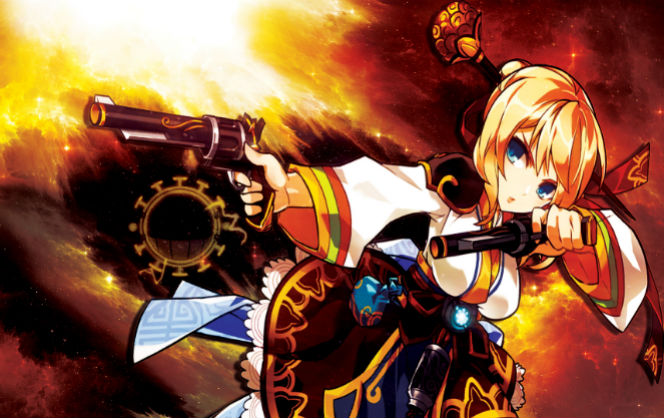 KOG Games, a leading developer and publisher of popular free-to-play action MMORPGs, has announced  the launch of the 3rd Job Path Update for their newest Elsword character, Rose.

Heavy weapons, tech and jet propulsion to pick up the slack, Rose goes to the skies in a bursty display of aerial combat superiority. Adding a whole new element to both the PvE and PvP game, Elsword’s fair-haired war maiden brings an explosive to element to the battle field with her 3rd Job Path, aptly titled Valkyrie and Freyja.

Being subjected to extraordinarily hostile combat environments, Rose has had to learn to adapt, improvise and overcome. In order to become battle efficient, she began to imbibe the rounds of her muskets, grenades and heavy arms with essence of the elements. Laden with her new heavier payload, Rose utilizes the new Nitro Motor to make up for the lack of mobility this increased in arsenal entailed. As Valkyrie, Rose is well on her way to dominate the battlefield.

As Freyja, Rose masters aerial strat and movement. Utilizing long range fire, multi-tiered explosives casting and sniper fire, the tide of battle can be turned in an instant. When all else fails, Freyja’s all new Hyper-Active, “D-Day”, has Rose call in a host of Valkyrie warriors raining death from every angle, and finishing the target of with a carpet bombing of sniper fire and eye-popping explosives.

In Elsword, gamers can choose from ten specialized and customizable characters as they explore an immersive world and battle rivals to complete dynamic quests. As players progress through the game, they can evolve their fighting styles by upgrading to new job classes, learning deadly new abilities and mastering combo attacks. With intuitive and straightforward controls, Elsword offers players of all skill levels the ability to experience the thrill of victory in combat either on solo missions or cooperatively in a party of up to four players. For those who welcome a challenge, Elsword also delivers action-packed PvP combat.