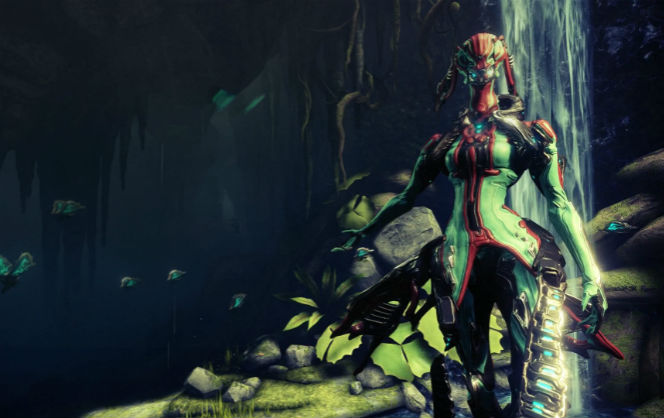 Hot off the heels of the Specters of the Rail update for consoles and TennoCon 2016, the first game convention dedicated exclusively to Warframe and its community of over 26 million registered players worldwide, comes the latest PC update from independent developer and publisher Digital Extremes. Live today for PC with consoles to follow soon, The Silver Grove Update introduces Titania, one of the most unique Warframes released to date.

First teased during TennoLive at TennoCon 2016 in developer Digital Extremes’ hometown of London, Ontario, the newly-released Titania Warframe proves that sometimes smaller is better. With the ability to shrink down in size, flying about the map with her built-in Archwing, Titania can eviscerate enemies with swarms of razor-winged butterflies and a unique set of Abilities.

Major highlights from The Silver Grove Update for PC include:

NEW WARFRAME TITANIA: Trance your enemies with the mystical powers of Lotus’ newest warrior, Titania. Overwhelm your foes with swarms of razor-winged butterflies, distract opponents with shiny lures, and morph into a small but deadly, flying fairy. This incredible shrinking Warframe packs a big punch!

NEW LUNARO IMPROVEMENTS: Tenno, at the ready! Warframe’s recently released team sport Lunaro is expanding! Flip your perspective with a new Steel Meridian-themed Map, featuring a sideways net and mid-field ramps. Experience new gameplay improvements including a dedicated ‘pass’ button and the ability to guard while holding the Lunaro. Matchmaking improvements and the introduction of volunteer servers means you — along with your teammates and adversaries — will experience even smoother and more consistent Lunaro gameplay.

NEW GLYPH SYSTEM: Leave more than just bodies of fallen enemies on the battlefield. Leave your mark with Warframe’s new Glyph system. Choose from a variety of Glyph designs and make a statement in your environment.

PC players can download Warframe with The Silver Grove Update for free today! PlayStation 4 and Xbox One players will receive this update soon.