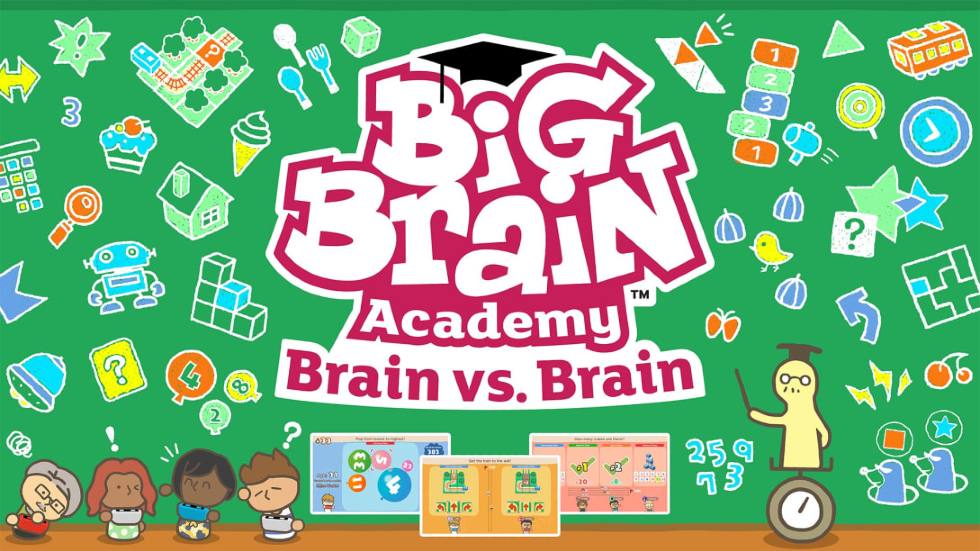 What I Learned From Playing Big Brain Academy: Brain vs Brain

Let’s get one thing out of the way. I am not a smart person. I can’t recall the last time I called myself smart.

Wait a moment… I just checked the Console Creatures group chat, and apparently last week, I told Dennis I am smart.

Perhaps I should also be working on my memory?

The longer part of this short ramble is to say I don’t always feel smart. So when Nintendo Canada gave me the chance to play Canada’s Smartest Person Junior winner, Mateus Soto, in three of the challenging events from Big Brain Academy: Brain vs. Brain, I began plotting ways to win and be the smartest guy in the virtual room.

Here’s a little advice that I learned quickly: interviewing your opponent while you are challenging them is… well, it’s challenging. And it is more than likely to backfire. At least, it did for me. But you may recall, I don’t claim to be smart. Mateus and I played three activities (of which he won three) And while we played them, I asked him for some guidance so that you don’t have to… and so that you won’t lose when you are playing your family at your Christmas gathering. You are welcome, by the way. Don’t say I never do things for you!

Here are the suggestions:

Well, however much I embarrassed myself, at least I didn’t dis Star Wars in front of Canadian Star Wars superfan — and now X-Wing pilot — Paul Sun-Hyung Lee. I will consider this a victory for me!

If you need me, I’ll be training and getting gains for my brains so that I don’t lose again to anyone!