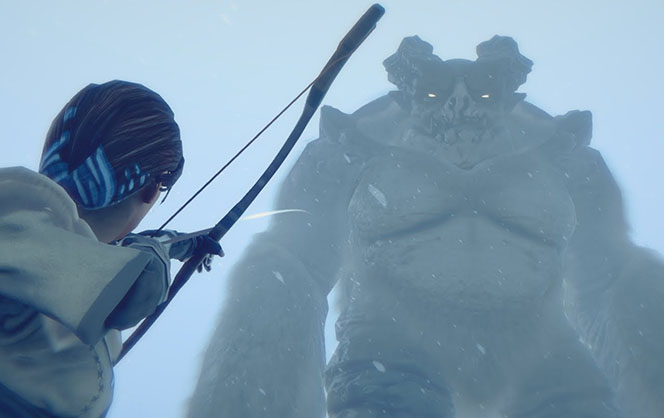 Prey for the Gods is a Kickstarter-backed game that is currently in development for PC, Xbox One, and PlayStation 4. If it looks familiar, well, that’s because it’s paying homage to a personal favourite of mine, Shadow of the Colossus.

There’s also Prey, which releases tomorrow and was developed by Arkane Studios and published by Bethesda.

In a post on the studio’s website, the team spoke out about being asked to change the title of their game, because it copyrighted on Prey, a trademarked word held by Bethesda.

No Matter Studios decided to do just that and their game is now called Praey for the Gods.

“We could’ve fought this and we did think about it for quite a while. Something like a trademark opposition can be long and depending on how far someone wants to fight it can be very expensive. We didn’t want to spend our precious Kickstarter funds, nor did we want to have to ask for additional funds to fight this in court.”

Both parties came to an agreement about this situation, and so they changed the name but were able to keep the logo for the game.

This is an unfortunate part of the business, and while the move feels scummy to most, it’s a necessary part to ensure IP is safe and out of harm from other businesses.

A similar situation arose some years back when Bethesda asked Mojang to rename his game, Scrolls because it was far too similar to the Elder Scrolls series.

Praey for the Gods is aiming for a winter 2017 release window.

The Whole Zero Escape Series Will Be On PS4

Review: Guardians Of The Galaxy Episode 1 “Tangled Up In Blue”