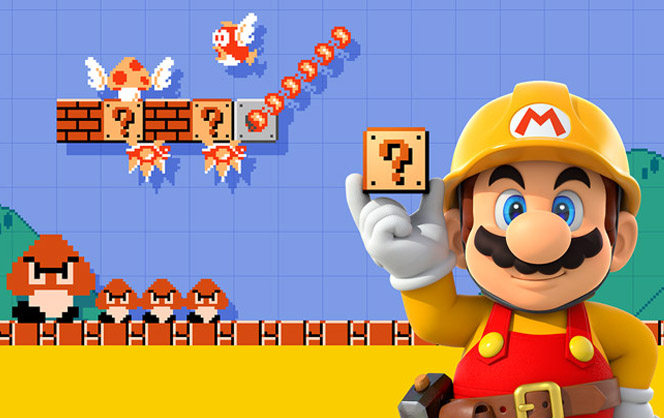 Players have the freedom to customize their very own Mario levels, ranging anywhere from the original Super Mario Bros. to the new Super Mario Bros. U! The game makes creation easy by allowing players to use the WiiU GamePad controller and stylus, to drag, drop and place blocks, power-ups and enemies wherever they please! Included in the four game themes, players can choose from six background levels within each; ground, underground, underwater, ghost house, airship, and the castle! Once the levels are completed, they can be uploaded online for other players to enjoy and complete. The good news is, level creators actually have to put their gaming skills to the test and beat their newly created levels, in order for them to be accepted and deemed “beatable”. If creating awesome levels is not your cup of tea, you can test out other people’s levels by connecting online, and fans of customized levels can favourite creators and their stages. There’s also a 100-Mario Challenge, where players get to play community courses, but they have to clear the levels within the 100 lives that are given. It sounds a lot easier that it actually is, but if it’s too challenging, players can test their skills on the 10-Mario Challenge; same premise, but with 10 lives on developer created levels.

“Super Mario Maker is a dream come true for Nintendo fans of all ages,” Pierre-Paul Trepanier, Nintendo of Canada’s General Manager and Senior Director stated. “Whether you prefer creating levels or playing ones created by others, the game is a virtual Mario playground.” Super Mario Maker‘s release is also accompanied by the release of two special 30th Anniversary Mario amiibo figures, both in the design of the 8-bit Mario, but one in the classic Mario colour scheme, and the other in the modern Mario colour scheme. If either amiibo is used with Super Mario Maker, they unlock the Big Mushroom Power-Up so players can use giant Mario! Both amiibo figures are retailing for $15.99. Other existing amiibos, such as the ones in the Super Smash Bros. series, can unlock costumes for their Mario characters in the game and customized levels!

Make sure to grab your copy of Super Mario Maker, available now for the Nintendo WiiU for $69.99!

And if you didn’t already know, today also marks the 30th anniversary for one of the greatest video games of all time; Super Mario Bros., originally released in 1985! To celebrate this momentous occasion, Nintendo has put together a special video for all their fans, which you can check out here!