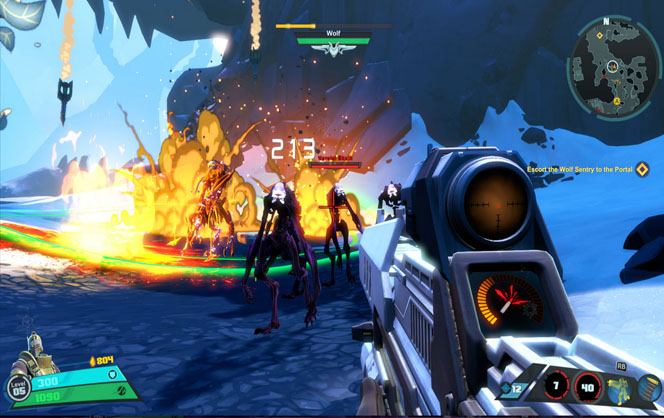 If you are a fan of the Borderlands series, here is some exciting news that will make you joypuke your face off! Gearbox Software and 2K are bringing you yet another amazing first-person shooter, titled Battleborn, and today they announced that it will be available on February 9th for the PlayStation 4, Xbox One and the PC!

Set in future times, Battleborn is a first-person shooting featuring 25 unique heroes who team up to save the last star in the universe from an evil enemy, who wants nothing more than to cause chaos and destruction. All 25 heroes are fully customizable, giving each player a unique gameplay experience. Players will be able to play the narrative-driven story mode alone or with another player in co-op split-screen, and up to 5 players online. For more online fun, the three multiplayer modes can be played with up to 10 players online in 5 vs 5 matches: For more information, you can check out their website here! So don’t forget to mark your calendars for February 9th as the release date for Battleborn!