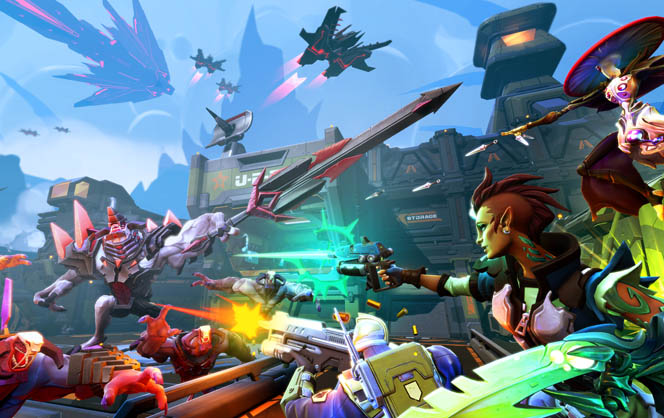 The Battleborn Closed Technical Beta Test launches today for those who were accepted! The closed beta is available for the PlayStation 4, Xbox One, and for the PC, and includes Solo, 5-player online Co-Op, and 5v5 Competitive Multiplayer gameplay modes for players to test.

Participants will also be able to try out the competitive multiplayer mode, Meltdown, and a new story mission called “The Algorithm”. Best of all, players can choose from 15 playable characters during the closed beta testing:

It was also announced the other day that the Battleborn Open Beta Test will be available first on the PlayStation 4, in early 2016! For more information, make sure to check out the Battleborn website!

Battleborn will be available February 9th for the PlayStation 4, Xbox One, and for the PC!