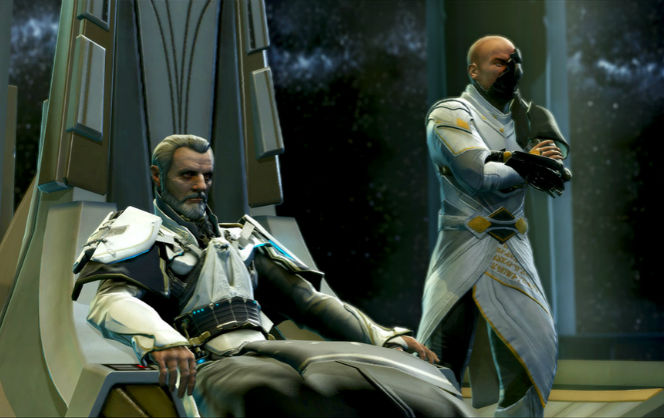 BioWare and Lucasfilm have released the climatic chapter in the episodic storyline of Star Wars: The Old Republic – Knights of the Fallen Empire. All active Star Wars: The Old Republic subscribers can now play through The Battle of Odessen and confront Arcann and his powerful fleet in a full-scale assault that will determine the fate of the galaxy. Against all odds, players must risk everything for the chance to defeat Arcann and the Eternal Empire once and for all.

There has never been a better time to play Star Wars: The Old Republic. All fans of Star Wars: The Old Republic can now play Knights of the Fallen Empire Chapter 1: The Hunt for free. All active subscribers can play beyond Chapter 1 through today’s released chapter, The Battle of Odessen for free. And those who wish to complete exciting side challenges can join the Dark vs. Light Event all summer to earn epic new rewards and make dark or light side choices that impact the galaxy.