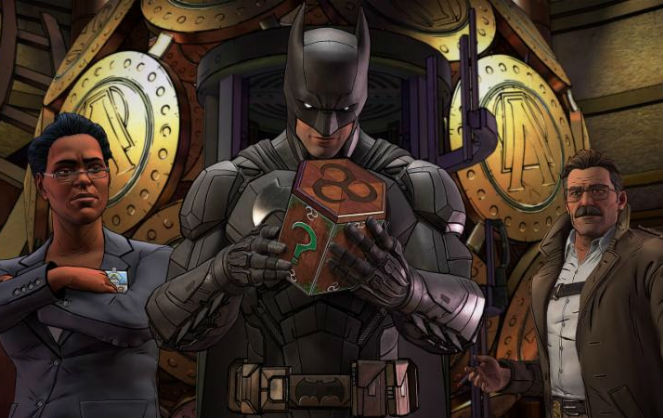 Batman: The Enemy Within Episode 3 Is Coming Soon The release date for the next episode in Telltale’s Batman: The Enemy Within was announced earlier today. Starting November 21st, you will be able to download episode three, titled ‘Fractured Mask’, on your Xbox One, PlayStation 4, PC, Mac, or mobile device.

After an unexpected reunion, Bruce finds his attention (and his loyalties) stretched in yet another direction. Now, in addition to brokering a power struggle between Commissioner Gordon and Amanda Waller, Bruce must balance romantic entanglements with his mission to infiltrate the Pact. As he plunges deeper into the criminal underworld, the villains’ plan starts to come into focus, but will his deceptions take a dire toll?

As a reminder, the ‘Season Pass Disc’ is available now at retailers across North America. This disc contains the first episode of The Enemy Within and will grant the player access to the new episodes as they release.