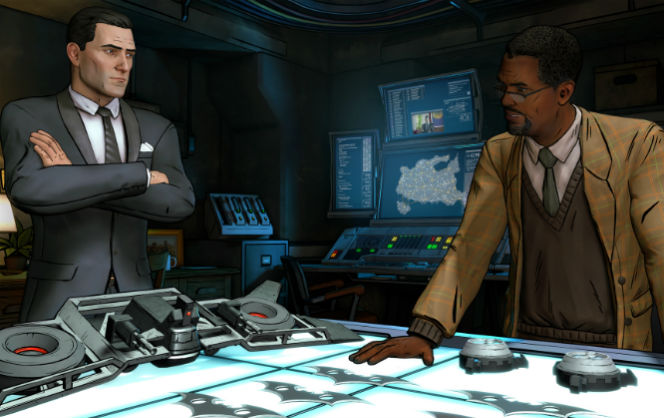 Today, Telltale has unveiled an all-new launch trailer and the release date for BATMAN – The Telltale Series Episode 4: ‘Guardian of Gotham’.
The fourth of five episodes in the season, Episode 4: ‘Guardian of Gotham’ will be available digitally worldwide starting Tuesday November 22nd on PC from the Telltale Online Store, Steam, and other digital distribution services, on the Xbox Games Store for Xbox One and Xbox 360, and on the PlayStation Network for PlayStation 4 and PlayStation 3. The episode will be available the same day for compatible iOS devices via the App Store, and for compatible Android-based devices via Google Play.
Telltale issued a little tidbit about the upcoming episode as well:

Special note for Episode 4: Players will leave this episode in very different places depending on where they choose to go in the third act, and this will greatly affect their story rolling into the season finale as well.