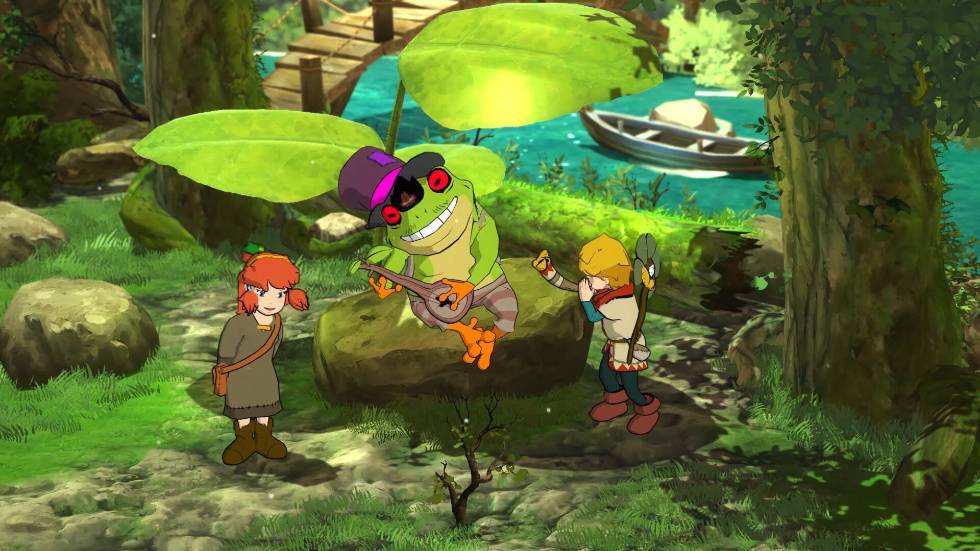 Baldo, an indie game from Italian developer Naps Team has been missing for over a year after having been revealed in 2019. The first trailer caught my attention thanks to Baldo’s colourful art direction and resemblance to Studio Ghibli, I was excited for this game to come out, but time went on and it took almost a full year before a new video surfaced over at IGN.

It’s hard not to see Baldo’s resemblance to both The Legend of Zelda and any of the films from Studio Ghibli, this latest trailer is our best look yet at the gameplay that uses a top-down perspective akin to classic Zelda games. There’s a bit of exploration of a town, a look at a sidequest, the map and an abandoned mine. Everything about this game looks like a ton of fun and it certainly seems to be a love letter to Nintendo and Studio Ghibli.

The second video provides us with a glimpse of the inspired battle system, which is set in a haunted villa. Exploration is akin to how dungeons work in The Legend of Zelda and we even meet some of the inhabitants of this world. It’s colourful, bright, and the music is really catchy by the looks of it.

Baldo was set to launch this past summer was delayed indefinitely. The game was renamed Baldo: The Guardian Owls and will be a timed exclusive on the Nintendo Switch before launching on other consoles. It is now “coming soon.”