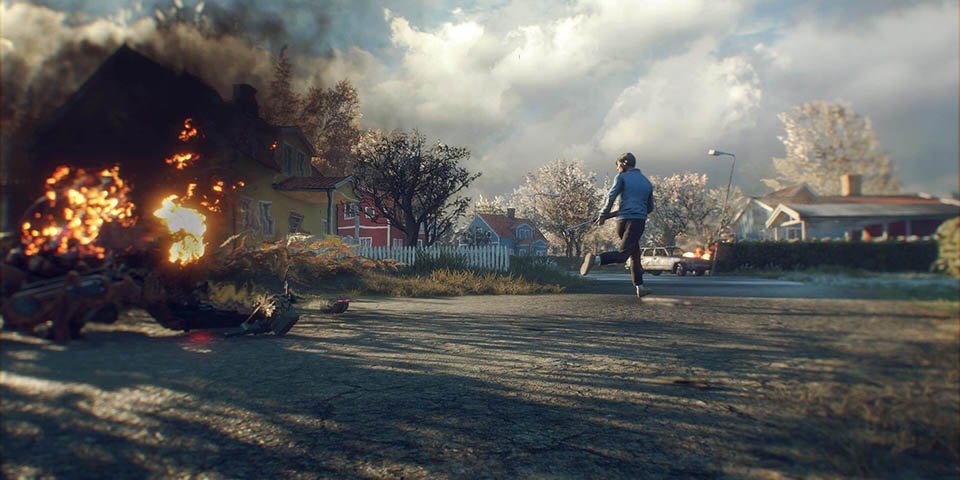 The studio that brought us Mad Max, Just Cause, and Rage 2 is working on another game called Generation Zero. The game, set in 1980’s Sweden and is being self-published by the studio. The trailer in this post shows kids facing up against some sort of robotic monsters as they engage them in shootouts, it’s all very Red Dawn-ish and has piqued my interested after watching the trailer.

Experience an explosive game of cat and mouse set in a vast open world. In this reimagining of 1980’s Sweden hostile machines have invaded the serene countryside, and you need to fight back! Go it alone, or team-up with up to three of your friends in seamless co-op multiplayer. By utilizing battle tested guerilla tactics, you’ll be able to lure, cripple, or destroy enemies in intense, creative sandbox skirmishes.

The game’s official website clarifies that it is being built using the Apex engine – what both Just Cause and Mad Max were designed with, so you may see simialr levels of chaos. There will be an open world to explore, one that features day and night cycles, and more.

Expect to hear more at E3 next week.