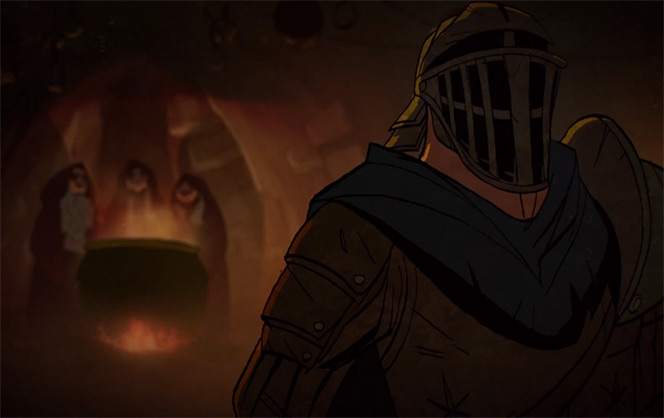 Atlus Is Teasing A New IP

The famed Japanese developer has a ton of games coming down the pipeline in the near future, we’re still expecting Persona 5 in April. That doesn’t seem to stop Katsura Hashino who will unveil the new title from Atlus on December 23 on the Japanese streaming website, NicoNico. The stream will be broadcast at 8:00 pm in Japan and 6:00 am EST.

The new series is completely new and has nothing to do with two of the biggest series that come from Atlus, Shin Megami Tensei and the spin-off series, Persona. The game will be fantasy heavy judging by the one piece of concept art that has been revealed.

Here is an official statement:

25 years ago, the Atlus RPG uttered its first cry. Speaking of RPGs in those days, the stories in so-called “fantasy” worlds were mainstream. The Shin Megami Tensei series was released as an “opposition” to such a “common” world view, and the Persona series was released as its spin-off. Both series, even today in their latest entries, have always been made with the concept that it will be a counter to the times. And now, in addition to continuing the titles within those series, what will our approach to a new RPG be? That is, to challenge the norms of the genre gamers have been consuming for decades. The challenge is about to begin. We would be happy if you would stand by for the moment we began from zero and the moment we began our challenge from zero.