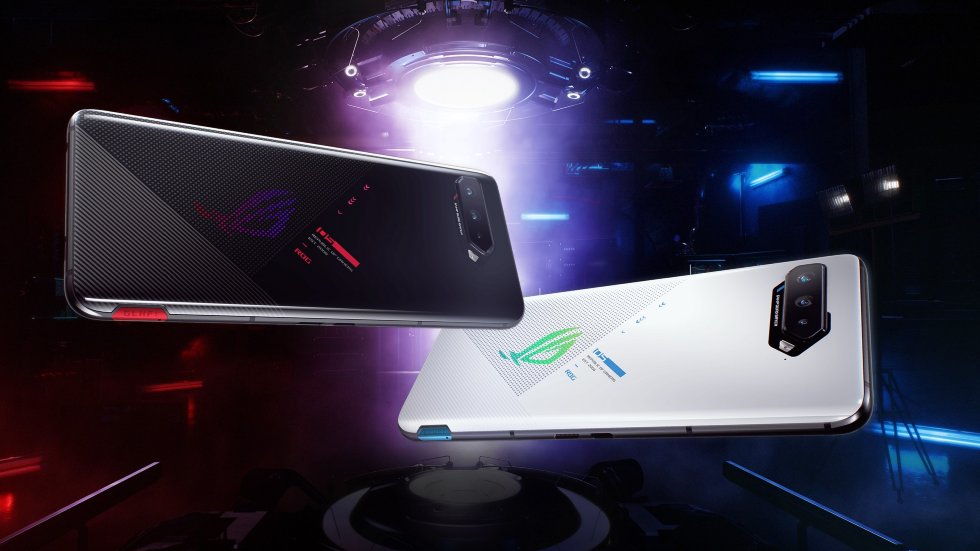 If you are a mobile gamer or a fan of phones rarely seen in public, chances are you are an owner of an ASUS ROG Phone, or you dream of being so.

Since its release in 2018, the ASUS ROG Phone has earned itself quite the reputation as a sort of Rolls Royce of cell phones. By that, I mean that the company has spared no expense in making their devices top-of-the-line and unlike anything else you’ve seen… well, aside from the various generations of ROG Phone retaining their signature shape and aesthetic.

Today, ASUS announces the ASUS ROG Phone 5 series – three absolutely game-hungry beasts among a lineup of such that have come before.

Speaking of being hungry, the ASUS ROG Phone has earned a bit of a reputation of being too hungry in terms of things gamers care quite a bit about, like battery and cooling. So naturally, these are the first things ASUS is out to fix with their latest handset.

Past iterations of the ASUS ROG Phone have run hot. It always seemed like the combination of over-powered parts and the small form factor of the phone created a sweltering brick that at times could make this less of a gaming phone than others in the space like Samsung or a Razer. ASUS is mindful of this by completely reimagining what a cooling exoskeleton should be.

The company’s new GameCool 5 system puts the CPU right in the centre of the phone and splits the battery into both sides so that the phone will evenly distribute heat. A new exoskeletal system the company is calling AeroActive Cooler 5 will improve airflow and cooling distribution to fix problems past generations have experienced with things like fan position and parts of the phone that become too hot to touch.

ASUS is boasting that these new systems with result in a temperature drop of up to 10 degrees Celsius for the ROG Phone 5, which is great! Who loves holding a hot potato of a phone?

ASUS is motivated in providing the best and brightest displays currently on the mobile market, but they understand they can’t do that alone. So Samsung has been tapped once again to create a display worthy of gamers with no expense spared. ASUS purports that the result of this continued partnership is an AMOLED display that is capable of putting out 144 Mhz, all with a silky-smooth 1 ms response time. If this is the truth, that will put this new display in line with the best of top-level gaming monitors. Also, totally not overkill for app gaming… not overkill at all! The ASUS Phone 5 will also sport improved touch-sampling up to 300 Hz, which is perfect for those who don’t want to miss a single tap in-game. After all, it only takes one missed tap to end your Fortnite winning streak.

In order to offer the best HDR colour and always-on display, ASUS has started to work with Pixelworks, the leader in visual processing. Thanks to this brand-new partnership, ASUS will ship the ASUS ROG Phone 5 with visuals that are as close to real-life as you can currently get.

Does it have the power?

By this point, you’re probably asking yourself if the ASUS ROG Phone 5 has the overpower and thirst problems that past models have been hit by? And while I haven’t had the ability to go hands-on with the phone yet, it’s looking as though ASUS has seen to those issues.

The ASUS ROG Phone 5 will enter the ring as one of the very few phones that use the Snapdragon 888 chip. And while the market hasn’t had much time to test out this CPU, it’s been working wonders in the Samsung S21 series and the Xiaomi Mi 11, so there’s no reason to think it won’t do the same in a ROG Phone. 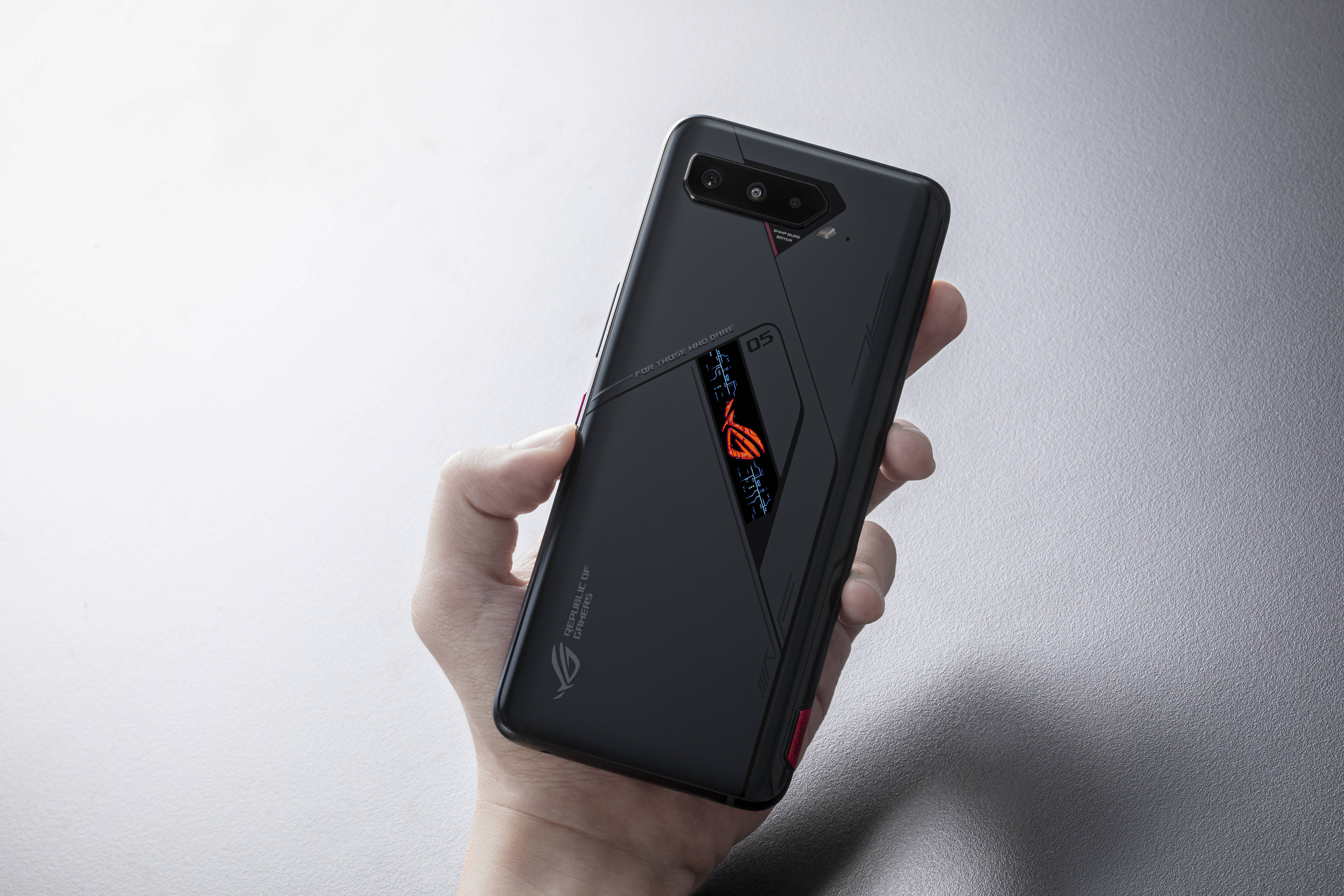 ASUS not only hopes that the Snapdragon 888 will strongly carry all of the features I’ve discussed up to this point, but that it’ll also allow users CPU load responses that show increased performance of 25 to 35%, even with maxed-out game settings.

In terms of battery, the ASUS ROG Phone 5 boasts a beefy 6000 mAh battery and comes with a 65-watt HyperCharge adapter that’ll give you a top-up before you go. ASUS ROG Phone 5 will also be optimized using new software and power-saving mechanisms, including a charging upper limit, steady charging, and enhanced scheduled charging – all of which is to say this thing knows how to save battery. There are also passive power-saving mechanisms to limit inactive apps running in the background to deliver up to 67% more power savings.

Vanity, thy name is gamer

If you are going to go all out with your phone specs, you simply won’t settle for a dull brick of a device. So ASUS has added some real focus upon the tried-and-true design of the ROG Phone. The ASUS ROG Phone 5 still retains its over-the-top gamer gear stylings, but it also takes a more generous amount of inspiration from the desktop rigs of the people it hopes to attract: gamers.

Having just ordered the parts to build a new PC, I can tell you that white colourways are in Gamers are demanding their devices and part shed the dark “bread” designs that have adorned gaming goods for decades. That’s why the new ROG Phone 5 series will come with a white option as well. 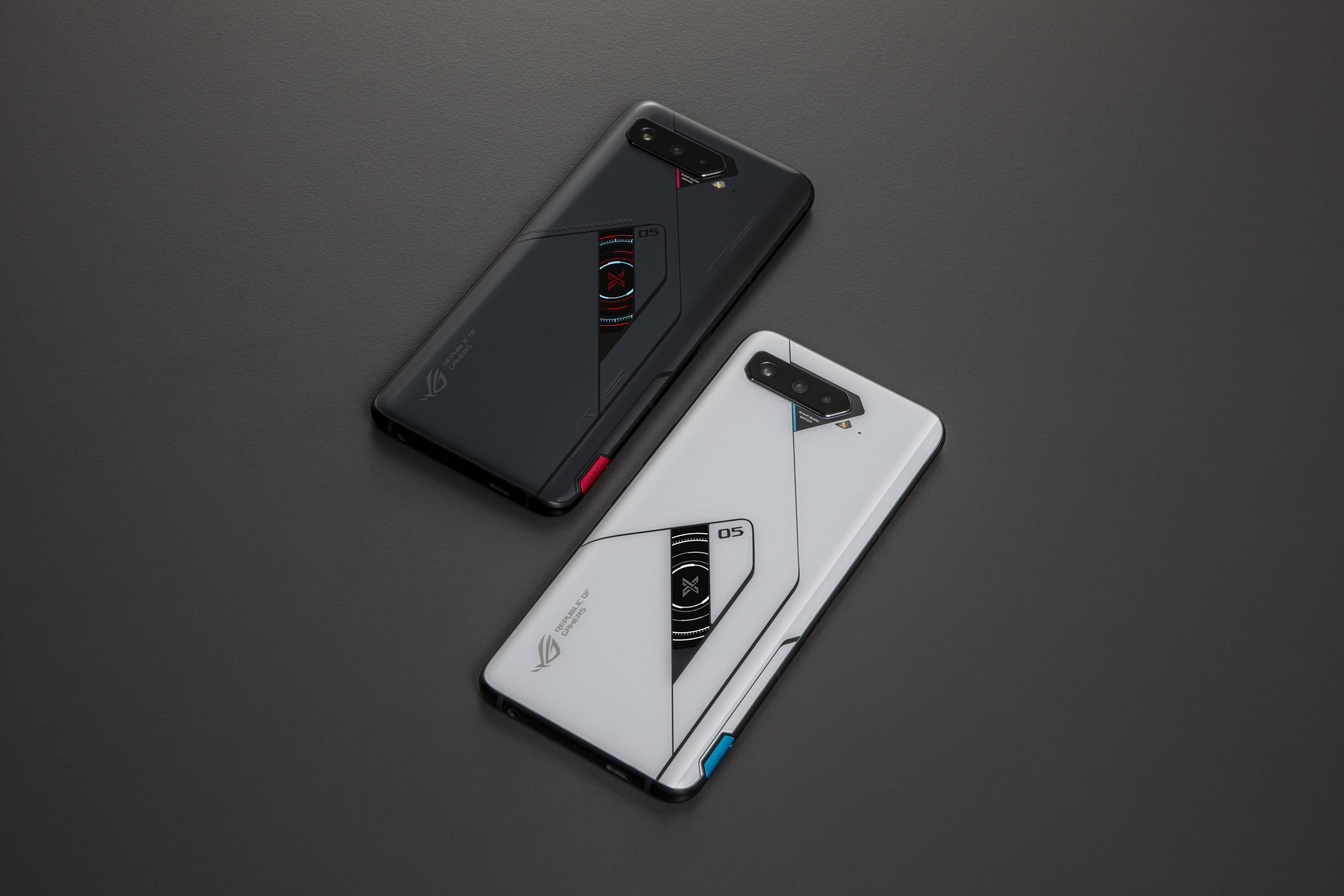 The phone also offers ROG Vision – a rear display panel that allows gamers to add a personalized image to the back of their device and several system notifications, including charging, calls and texts, whether X Mode is enabled and more.

It’s safe to say the ASUS ROG Phone 5 will be a draw for those worried about having something eye-catching and personal.