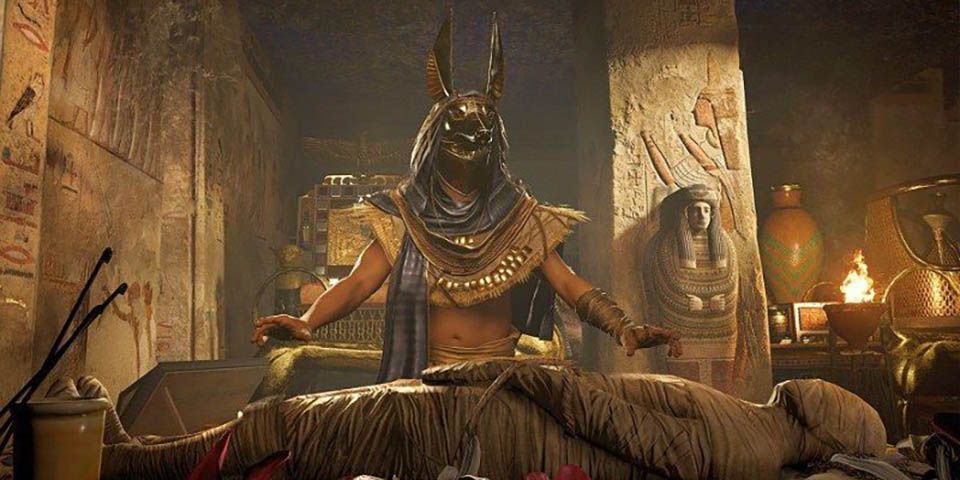 Assassin’s Creed Origins is a massive game already, and it just keeps getting bigger with today’s update including not only New Game Plus but the anticipated Discovery Tour, the fascinating historical perspective mode that places learning over everything else in-game.

Outlined last year, the mode is devoid of any combat and allows players to immerse themselves in the history of Ancient Egypt, with 75 theme tours curated by staffers at Ubisoft as you make your way across the country.

“With the Discovery Tour by Assassin’s Creed: Ancient Egypt, we give everyone interested in Ancient Egypt the chance to enjoy its beauty and the realization that video games can be a source of inspiring knowledge,” creative director Jean Guesdon expressed in a statement.

“We’ve been in touch with teachers from the very first installment of Assassin’s Creed games. Many of them already used the games during their History classes but soon came to realize that what they needed was an easily accessible educative tool based on our historical reconstructions,” says in-house historian Maxime Durand. “With the Discovery Tour by Assassin’s Creed: Ancient Egypt, you can visualize and understand thousands of things from Egyptian history in their actual context. As both a game and a learning tool, it is quite a unique asset for teachers to integrate as part of their history classes.”