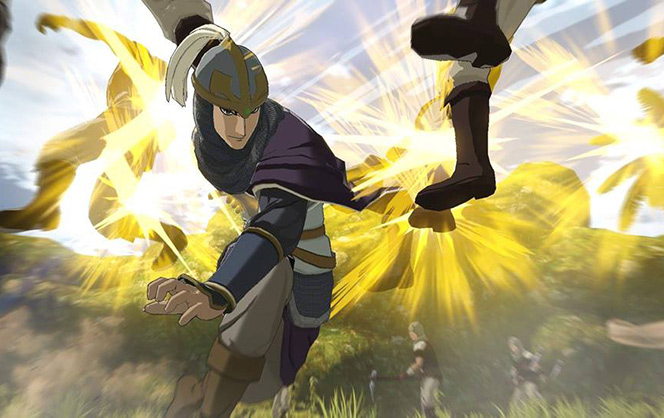 Arslan: The Warriors of Legend Announced Koei Tecmo also detailed early purchase bonus content for those who purchase Arslan: The Warriors of Legend within the game’s first month of sale. Specifically, gamers will be able to download ‘Conflict at Gujarat Fortress’ and ‘Battle for the Title,’ two new original scenarios for the game’s Free Mode. Both scenarios offer players the possibility to unlock some very special Limited Skill Cards, which will give them an extra edge in battle! Koei Tecmo also announced that Arslan: The Warriors of Legend will include an array of bonus scenarios that fans of The Heroic Legend of Arslan are bound to love! These extra scenarios are based on episodes of the original novels and manga, but were never part of the animated series. These scenarios gradually become unlocked via the Story mode and can be played in the Free Mode of the game, allowing players to become increasingly more familiar with the series’ history and playable characters.

Additionally, Koei Tecmo announced three more playable characters that will join Arslan in his effort to free the capital and reclaim his throne: Tus, a quiet officer of the Parsian army and chain martial arts expert, Isfan, the younger brother of a Cavalry General who is also known as the ‘one raised by wolves,’ and the fearless Zaravant, a Shield and Spear wielding knight of great strength. All three characters make their way to the city of Peshawar after Arslan declares his intention to expel Lusitanian oppression, and join his group in the fight to end the occupation of the capital.

Arslan: The Warriors of Legend is slated to release across America for the PlayStation 4, and Xbox One, on February 9, 2016.