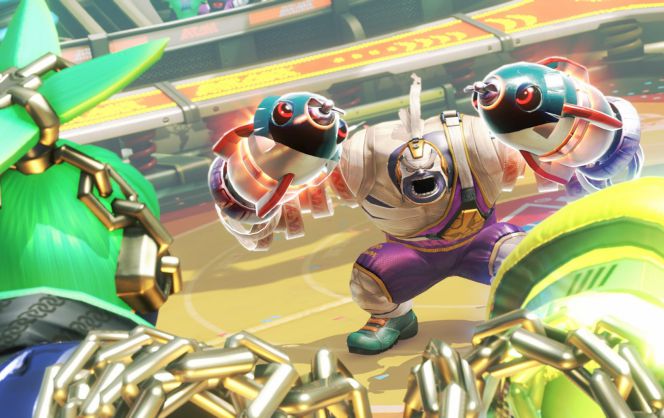 ARMS Is Coming Out Soon

ARMS is coming to Nintendo Switch on June 16, we learned today during Nintendo Direct. I’ve been excited to try ARMS since it was announced and have been following the game ever since.

ARMS: One of the biggest features in the upcoming fighting game is the ability to equip two types of customizable ARMS per fighter. These ARMS range from standard gloved ARMS to curved weapons like boomerangs. Each ARM has a special attribute like fire, ice or electricity that activates when delivering a charge punch. As players fight through the game, they will earn in-game currency that can be used to play the ARM Getter, a fun mode in which they can get new ARMS for their fighters. The fast-paced game can be played in 1-v-1 matches or even 2-v-2* for more entertainingly chaotic battles. During the Nintendo Direct presentation, a new character was also revealed: the super-fast, ramen-armed Min Min. ARMS launches exclusively for Nintendo Switch on June 16.

In addition, special Neon Yellow Joy-Con controllers and Joy-Con Straps will be released separately on the same day alongside a Joy-Con AA Battery Pack accessory.