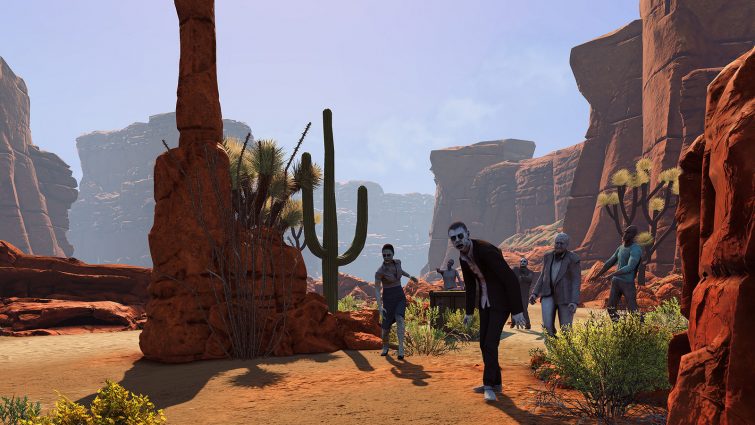 Announced earlier today, Arizona Sunshine is making its way to PlayStation VR, on June 27, 2017, and will feature a new mode for use with the PS VR aim controller.

Arizona Sunshine’s new mode will be based on the campaign and utilize thirteen new weapons designed to give you the best experience with the PS VR aim controller.

Built from the ground up for VR, Arizona Sunshine is a full-feature game that puts you in the middle of a zombie apocalypse as if you were there. Explore post-apocalyptic southwestern America in a desperate search for human contact in campaign mode, join forces with a friend in co-op multiplayer, or jump into the endless multiplayer Horde mode for up to 4 players.

Arizona Sunshine was released on PC on December 6, 2016 and went on to earn sales of more than $1.4m in its first month of release. It was awarded UploadVR’s VR Game of the Year 2016.