Are We Heading Towards A Virtual Future?

Gone are the days when virtual reality was a far-off dream on the future horizon; VR technology has arrived and is providing us with some of the most exciting and innovative gaming experiences of 2019. Whilst gameplay and consoles are not yet at the polished and perfected level of more traditional gaming mediums, the technology is advancing at an astonishing pace. Anyway, it feels exciting to be part of something so fresh and raw, with vast opportunities for growth and development.

Even beyond video gaming, VR technology is providing new opportunities for all kinds of industries, from high-street shops to online poker providers and real estate agents. There is such scope for expansion in this area that the limits are only imposed by human imagination. We could be heading for a world where VR is as integrated into everyday life as television, social media or telephones.

The three standout developers in the world of VR have been the same for quite a while now: Oculus Rift, PlayStation VR and HTC Vive. Whilst other big developers like Google, Samsung and Apple have also been focused on developing headsets and consoles for the move towards VR, there is no question about who the three main contenders are.

Facebook now owns Oculus Rift, whereas PlayStation VR comes under the Sony umbrella, and HTC Vive remains part of electronics company HTC. Although not immediately obvious, this shows how widely-spread the interest in VR technology is, including among social media giants, mammoth tech developers and the biggest names in the gaming world. It’s in everyone’s best interests to cultivate the most progressive tech possible.

For keen gamers, the move towards VR gaming is great news. Many people enjoy gaming for the immersive experience it provides, and it doesn’t get much more immersive right now than a VR headset.

As happens with any significant new evolution in technology, plenty of old favourites have received an overhaul. Some of the most enjoyable are Tetris Effect, where players can get to grips with the gaming classic in a truly trippy visual environment; Beat Saber, a music-based rhythm game that calls to mind well-loved games like Dance Dance Revolution and Guitar Hero; and The Incredible VR Game Show, which takes the game show experience to a whole new level for group players.

It feels like these games are not only a good way to introduce the VR concept to newcomers, but also a means by which game developers can show off just what the new technology could be capable of. 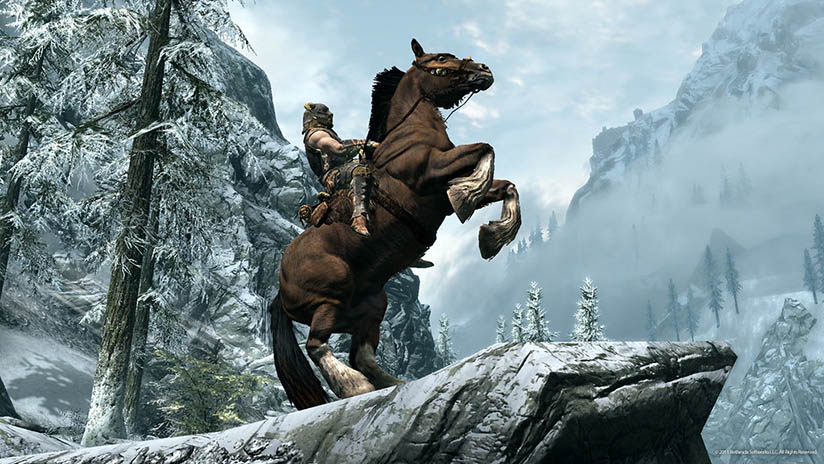 Newcomers to Get Excited About

Beyond these fairly simple examples, there are also far more complex and involved games currently available for VR headsets. Whilst many titles will already be familiar to hardcore gamers, playing in VR makes it a completely separate experience.

One new title that is certainly creating a buzz is Superhot VR. Whilst the game was originally developed as a PC title, it really comes into its own through a VR headset. The key to the player’s enjoyment of the game is the fact that it reacts so well to their actions; time moves slower when the player isn’t moving, then faster when they are. This gives players a sense of being truly immersed in the gameplay which, let’s face it, is surely what VR is all about.

In contrast to the sparse and stylized look of Superhot VR, however, is Bethesda’s updated version of Skyrim, remastered for VR. Whilst for many people the idea of being able to actually walk around the ambitiously-vast and complex world of Skyrim is an exciting one, the reality is that there have been no significant developments in gameplay, so it does fall a bit flat.

Other stand-out titles to get excited about at the moment include Resident Evil 7: Biohazard VR, which will have you thinking seriously about how much you can handle in a VR environment; Fallout 4, which wins serious satisfaction points during combat and for the Pip-Boy; and L.A. Noire: The VR Case Files, which demonstrates the scope of storytelling that’s available through the VR format.

Of course, VR technology is being developed for more than just gaming. Real estate agents are using it to give prospective buyers a complete overview of a property before they even set foot inside it, employers are looking into using it to train employees more effectively, and health practitioners are using it to offer different therapies and treatments for a whole range of mental illnesses.

The possibilities for VR are endless and go far beyond the entertainment sector, but it’s still fascinating to consider just what video games will look like in 5 years’ time or over the next decade. They could be totally unrecognisable.

Stranded Sails: Explorers Of The Cursed Islands Has Everything You Want

Look At Some Great Deals On Amazon Prime Day