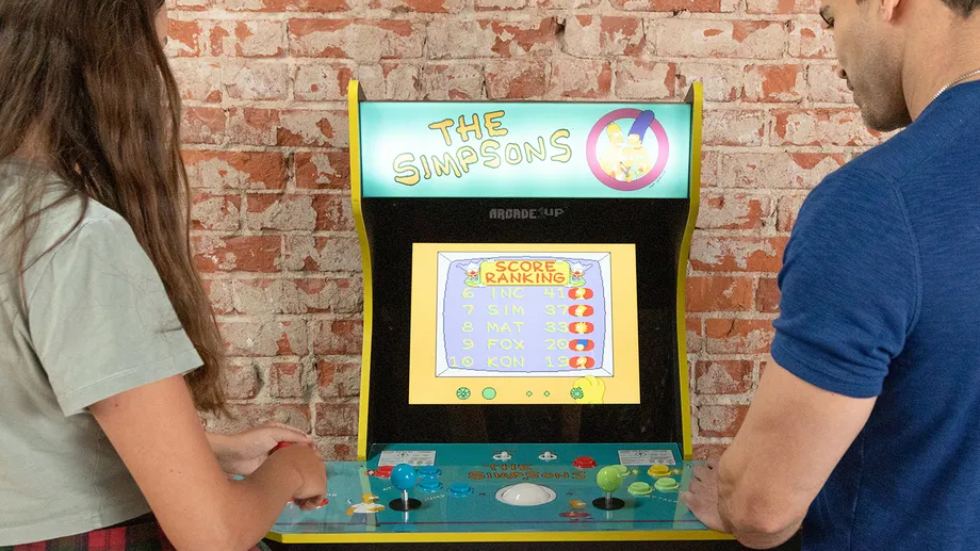 Arcade 1Up Is Finally Bringing The Simpsons Home

Having been a huge part of my childhood, Konami’s The Simpsons arcade game was a game I knew like the back of my hand. I grew up watching Matt Groening’s homage to the American family and played every game that was available, even Bart vs the Space Mutants. The arcade game was something special though and I hold fond memories of playing this every Saturday at the arcade near where my parents worked.

With up to four players joining as the Simpsons family, Mr. Burns has kidnapped Maggie after she found a diamond as a soother. Selecting from Homer, Marge, Bart, or Lisa, you’ll fight across town against Mr. Burns’ goons, trying to save baby Maggie. This game launched in 1991, so you’ll have to remember the character designs are a bit dated, these are based on the original designs from 30 years ago and I’m glad the aesthetic is kept intact.

While there is no word on pricing just yet, pre-orders go live on July 15 and Arcade 1Up is teasing a second game is included as part of the deal. Either way, I’m going to be keeping an eye out on my local EB Games to see if they add the SKU.