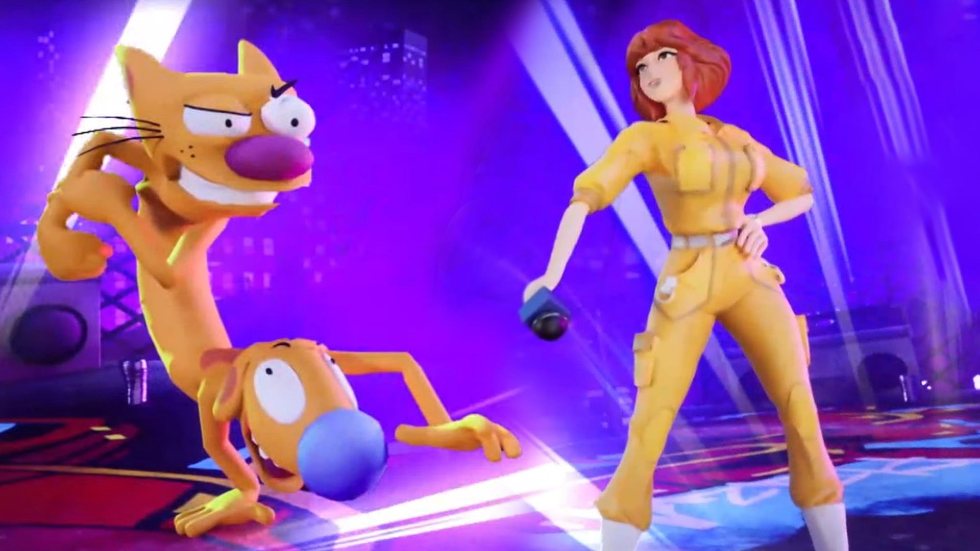 April O’Neil is having a good week in the gaming industry as she’s set to star in two games this year as Channel 6’s finest anchor is not only playable in Teenage Mutant Ninja Turtles: Shredder’s Revenge but also Nickelodeon All-Star Brawl!

Nickelodeon All-Star Brawl combines the gathers all of the Nickelodeon series into a fighting game. So far, we’ve seen characters from Danny Phantom, Hey Arnold, TMNT, SpongeBob SquarePants, Rugrats, and more. By watching her reveal trailer, April is shown to be a formidable opponent and even at one point during her montage, slams a teleprompter into an opponent.

The comparison to Super Smash Bros. Ultimate is warranted and the developers have spoken about trying not to make the same game but the gameplay is familiar.

CatDog is somehow not the most bizarre pick on the roster and uses both halves of the co-habited space. At one point, Dog uses a fire hydrant in a match and then gets buff similar to the television show. The brief clips we’ve seen so far have done a good job at getting the conversation started by figuring out who will end up on the final roster.