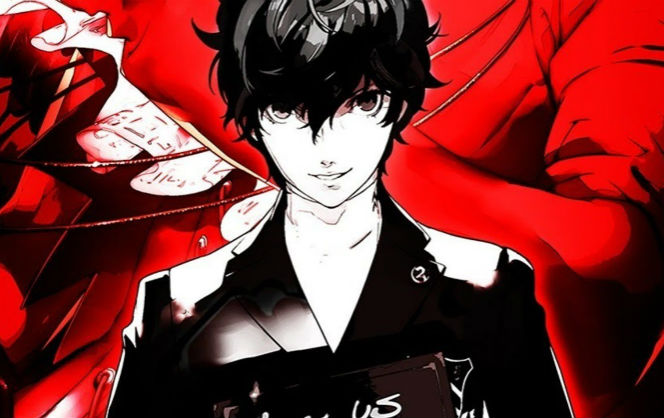 We’re in the final months leading up to what I hope is the final release date for Persona 5. Atlus has released a new video about the Palaces you’ll encounter in the game, and what to expect within the dungeons. If you read more about them below, you’ll find that the Palaces are similar to the TV world from Persona 4, and each dungeon is the innermost reflection of those it belongs to.

While the Phantom Thieves keep up their guise as normal Japanese high-schoolers during the day, they travel to another world (via smart phone) to unleash their true Personas and raise some hell at night. This world is known as the Metaverse, and it’s essentially the “collective unconscious” of all mankind. In the Metaverse, the most distorted desires of people manifest themselves as Palaces, and it’s up to the Phantom Thieves to infiltrate and defeat the evils within a Palace.
In order to enter a Palace, the team picks a target, figures out certain key bits of information, and plugs it into their Metaverse Navigator app to gain access. Once the thieves are in the Palace, they must fight hordes of Shadows, solve puzzles, defeat the Palace ruler, and steal the target’s deepest darkest desire (which takes the form of Treasure, naturally). When the Treasure is stolen, the target’s heart will be changed and they’ll finally understand the evilness of their core desire. Every target in the game will have a Palace with a different look and theme, so be prepared to see some truly twisted stuff! Unfortunately for the Phantom Thieves, infiltrating a Palace is anything but easy. The team will need to use stealth and plan their moves wisely to ensure a successful heist. Sneaking by and/or ambushing Shadows is essential to reaching the Palace Treasure, so be sure to always make the first move. If the Thieves get caught too many times, they’ll be kicked out of the Metaverse and can only return the next day (always keep an eye on the security meter)!
So what do you do once you’ve challenged a Shadow to a fight? The easy answer is to send them to Shadow hell with a variety of attacks, but sometimes a more “diplomatic” solution would be more beneficial in the long run. You can Hold Up Shadows to negotiate with them to yield money, items, and even a chance to avoid a battle entirely. Oh, and this time around the protagonist can even convince them to join the Phantom Thieves to be utilized as a Persona! Of course if you’re more of a shoot first ask questions later type of person, feel free to destroy all the Shadows. We’ve even included the Baton Pass feature that lets an attacking party member switch turns with another character to maximize attacking weaknesses!