Apple Arcade launched September 20 to the public, and since then has gone on to win over gamers, as well as casual players with an extensive library and an affordable price point. I’ve been a heavy user since launch and I’ve been happy with the support from Apple and the various developers developing premium experiences, a vast difference to the usual offerings of free-to-play titles riddled with microtransactions.

This week is a special week for Apple Arcade because of the tally of total games available hitting 100 games. Apple Arcade with a subscription price of $5.99 (CAD) per month, users get unlimited access to the entire catalogue of 100 new, exclusive games, all playable across iPhone, iPad, iPod touch, Mac and Apple TV.

Discoloured is from Shifty Eye and is an adventure title. A lonely roadside diner in the middle of the desert. The locals say it’s lost all its colour. You are sent to investigate. Discoloured is a strange and surreal puzzle adventure, taking place over a single desolate location. You’ll need to restore colour to the world and figure out what caused the colours to disappear. By solving puzzles, you’ll uncover clues about the world and learn more about the diner at the end of an abandoned highway. 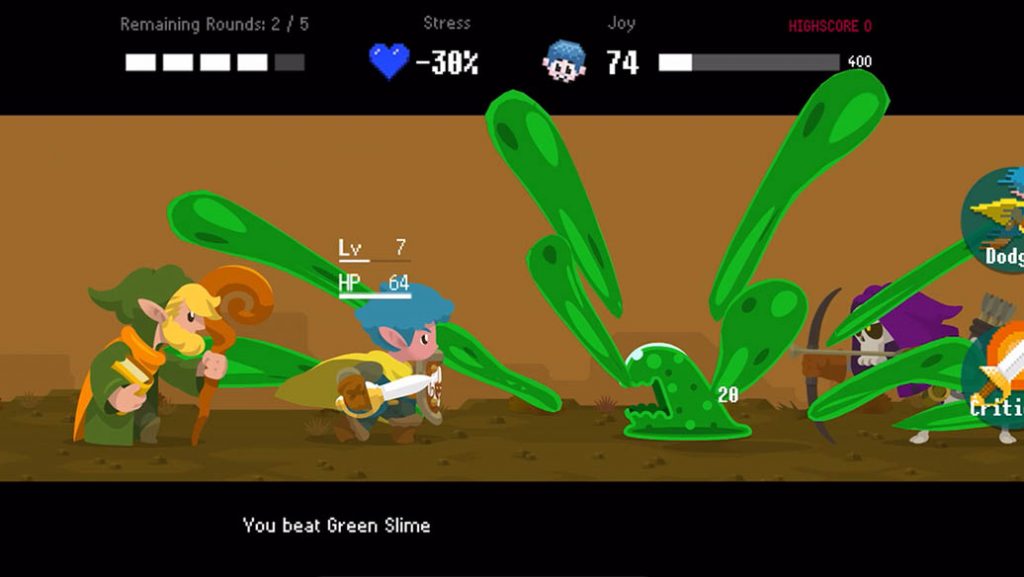 Takeshi & Hiroshi is from Oink Games and is an adventure game that utilizes puppet animation with role-playing elements. Telling the story of two brothers, Takeshi creates a game for his little brother Hiroshi to take and overcome.

Guildlings is from Sirvo Studio, who previously worked on Threes. Guildlings is a story-driven episodic adventure that draws inspiration from classic RPGs, point and click puzzlers and visual novels. You and your best friend head out on a quest and explore dark tunnels and mountain temples while dealing with a range of enemies out to get you.

Marble It Up: Mayhem! is the next generation marble platformer with world-class level design, buttery-smooth controls, outstanding visual fidelity, unmatched rolling physics – and that’s just the beginning of the best marbling experience yet.

Sociable Soccer is from Rogue Games and allows you to build your team with over 25,000 upgradeable player cards from over 1,000 international teams. There’s a campaign that lasts upwards of 60 hours as well as multiplayer.

The 100th game to be added to Apple Arcade is UFO on Tape: First Contact by Revolutionary Concepts. It is a sequel to the 2010 iOS release UFO on Tape.

Check Out The Overview Trailer For Pokémon Sword & Shield